The study of English Language and Literature at Oxford is exceptionally well-established and broad-ranging in content; you will have the opportunity to study writing in English from its origins in Anglo-Saxon England to contemporary literature periods. As well as British literature, you can study works written in English from across the globe.
Joint school courses

English & Modern Languages: The study of Modern Languages at Oxford emphasises a literature-focussed approach, as well as providing practical linguistic training. These two subjects therefore work extremely well together, and expand the range of study options across the field of Western literature and thought.

History & English: Since the History and English degree began Merton has been one of the most consistent colleges in admitting students for it. With three History tutors and three English tutors there is ample opportunity to study different periods both through their literature and through their history. Merton’s History and English graduates have gone on to careers in Art History and International Relations as well as in English and History.

The first year of the course provides a foundation in core tools, approaches and topics. In years two and three there is a diverse selection of optional papers that allow students to pursue their own specialist interests.

The approach to literary studies at Merton is based on the close reading of literary texts, informed by an understanding of historical, aesthetic, and intellectual contexts, but there is ample opportunity for theoretical diversity. Considerable emphasis is placed upon the intellectual background to literature, and tutorials are regularly supplemented by seminars in this area.

Most students take the English Language and Literature Course I but applicants with an interest in Course II (Medieval Literature and Language) are also very welcome.

Teaching is organised by Merton’s Tutors (Professor Richard McCabe and Dr Michael Whitworth) and the Fitzjames Research Fellow in Medieval English Literature (Dr Daniel Sawyer). Specialist options are catered for by experts from across the University’s English Faculty as a whole (meaning students are not constrained to their own college’s areas of expertise).

Graduate mentors (current postgraduate students) are available to provide additional help and support with all aspects of the course. 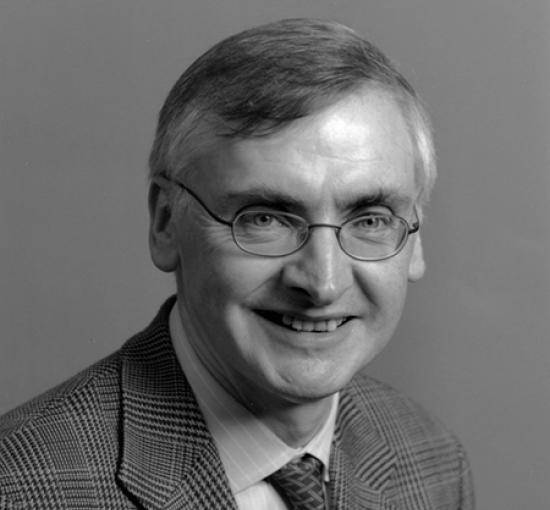 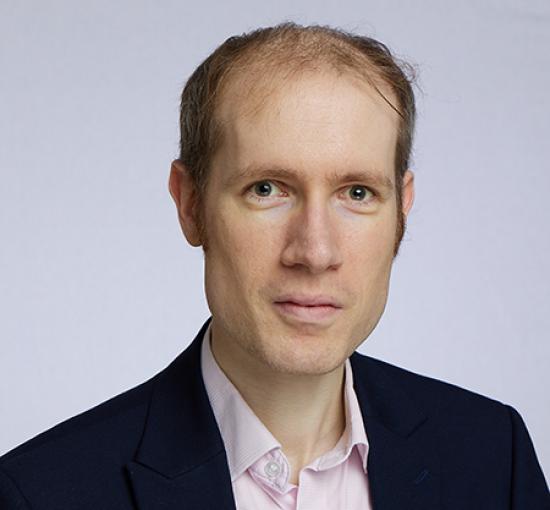 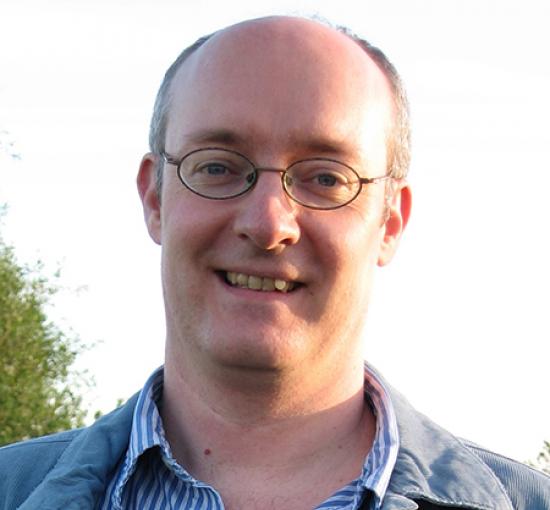 Professor Michael Whitworth
The benefits of studying English at Merton 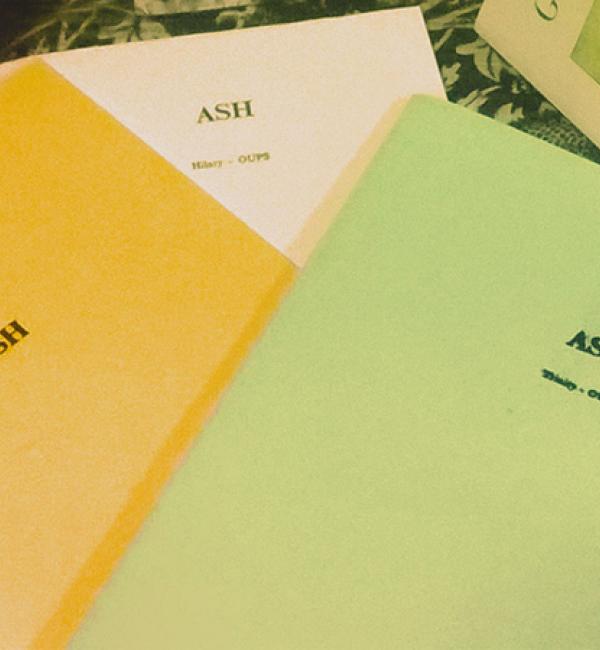 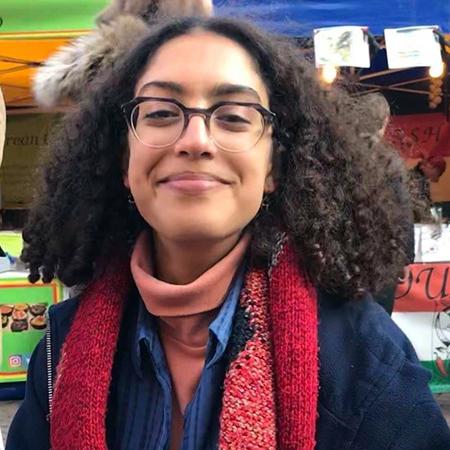 Where are you from?: Hertfordshire

Why Merton?
A bit of a funny story: the day before I went on the September Open Day in my final year of school, I actually took an online ‘Which College is Right for You?’ quiz, and Merton came up top. I’d never heard of it but made a point to plot it on my visit. The accommodation, beautiful grounds, and above all the lovely people I met had me sold; these three factors have held true since!

Best thing about Merton?
Aside from the above, the unrivalled academic and welfare support provided throughout your degree.

Best thing about your course?
The flexibility within each module to read and write on who/whatever interests you most, and the historical scope of the course.

Best thing about the collegiate system?
The fact that you are immediately a part of a community upon arrival at university; also, the space in the city it provides that becomes home.

What were you worried about before you arrived?
I definitely came in with a healthy dose of Imposter Syndrome (which to be honest only really fades, but never completely goes away) – as soon as I arrived and came to realise that pretty much everybody felt the same way, and started getting into the swing of writing weekly essays, I felt so much more comfortable and confident that I, like my peers, had been offered a place for a reason!

What’s the work like?
Intense and admittedly overwhelming at times (if you’ve never been phased by the length of the reading lists or the tight deadlines, props to you), it’s amazing how quickly you adjust to the workload. Reaching the end of term and being able to look back on all the essays you’ve managed to write in only eight weeks is the most satisfying feeling.

Favourite place to eat?
Za’atar Bake on Cowley Road hands down (though I do love how you’re always guaranteed a good meal and company in Hall!).

What are tutorials like?
The highlight of the teaching by far – you get to chat for a bit on what you’ve read and written that week with an expert in the field, and always come out of them having learned something more. 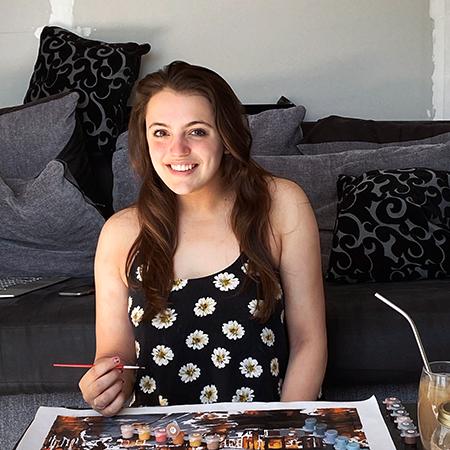 Where are you from?: Wigan (near Manchester)

Best thing about your course?
There’s far more variety to the Oxford English course than people think: it’s not simply churning out stale essays on the classics. In reality, the first term was spent learning a new language – Old English – entirely from scratch, so it involved translations, vocabulary memorisation, and interesting pronunciation exercises. Also, the ‘Language’ part of the course isn’t just glossed over: there is a linguistic and literary theory based paper which deconstructs so much of what you think about society and language, so that makes for dynamic learning when paired with the typical comparative essay on classic texts.

Best thing about Oxford?
Confidence in your unique academic talents flourishes when you’re surrounded by determined people, leaders in your field, and pushed to stretch yourself as often as possible. While I thought it would be overwhelming and impossible to feel smart in an environment like Oxford, the opposite has happened. I’ve attended talks run by societies which are quite far from my degree, but the passion everyone has for whatever they’re talking about, and attending such talks in historic buildings makes it impossible not to feel engaged.

How do you cope with the workload?
I know some people who allocate a day off a week that they don’t learn, but I personally make sure I have about three non-academic ‘activities’ per day so I feel as if every day isn’t taken up by libraries and essays. For instance, I’ll arrange to cook tea with my housemate; try and go to the college bar or JCR from 8pm to hang out with my friends and switch off; or go to a society event or new place in Oxford during the day, such as the shopping centre or around the parks. You don’t have to drown in work constantly like the rumours say, because you’ve reached the stage in education where you have the most control over your routines and priorities.

What are tutorials like?
The most exciting and rigorous part of Oxford! Interviews replicate this, and the small grouping size only initially feels nerve-wracking, instead soon becoming an opportunity to push yourself beyond the 2000-word essay you’ve produced that week. For example, if I’d written something about the history of language, questions about ‘what does language even really mean’ would be common, forcing me to pull upon a range of sources and ideas and work through them with my tutors. You also can’t beat the feeling of getting words of encouragement and agreement from the world-specialist in that particular field!

What were you worried about before you arrived?
The myths around Oxford were plentiful at my northern state school: that other students would make fun of your non-posh accent, that everyone spoke Latin, that only people who’d completed a crazy amount of work experience were accepted, that you needed all A*s to be accepted. Realising that there isn’t an ‘Oxford type’ was reassuring and important: the thought of anyone feeling that they’re not ‘the right type’ is a real shame, because more diversity is what our uni needs to make it a place full of all kinds of incredibly intelligent and unique individuals.

Seven single honours, and two or three in Joint Schools.

English Literature or English Language & Literature is essential. For joint schools, certain other subjects are essential and/or recommended.