I was educated in San Francisco, Edinburgh and Oxford, and have more or less revisited this itinerary in my recent career, having taught at Berkeley, St Andrews and now, as Merton Professor, at Oxford. I work on early modern English literature and am broadly interested in the interrelations of literary form and other forms of cultural practice. In my earlier work (Thomas Nashe in Context; The Usurer’s Daughter) I was interested in literature’s relation to early modern economics, the household and usury. More recently, I have focused on the shared ground between dramatic verisimilitude and legal or forensic rhetoric. A Guggenheim Fellowship helped me write The Invention of Suspicion, which won the Roland Bainton Prize (2008), while Circumstantial Shakespeare came from being asked to give the Oxford Wells Shakespeare Lectures in 2012. Finally, The Oxford Handbook of English Law and Literature, 1500-1700 won the Bainton Reference Prize in 2018. A Leverhulme Major Research Fellowship on the imagining of England and Scotland pre 1603 led me to my current project, England’s Insular Imagining, which explores the early modern literary contribution – through political theology, chorography, drama, romance poetry – to the imagining of England as the whole island of Britain.

I am a Fellow of the British Academy through which I work to support humanities research in Britain. I am also Director of the Centre for Early Modern Studies at Oxford and am on the editorial board of an exciting monograph series, Edinburgh Critical Studies in Renaissance Culture.

With Professor Joe Moshenska I convene the MSt in English, 1550-1700 and teach the core course, ‘Critical Questions in Early Modern Literature’; I give lectures on modern sexualities and Renaissance texts (‘Erotics of Argument’); I teach a special topic, ‘Faith, Proof and Fantasy on the Early Modern Stage’, and also with Professor Moshenska, I teach a seminar on ‘Critical Race Studies and Early Modern Literature’. My PhD and DPhil students have worked, among other things, on lawmaking violence; women’s friendship; Ben Jonson; atheism and clandestine marriage.

I have written on Thomas Nashe (1989); on gender in sixteenth century English literature, The Usurer's Daughter (1994); on drama and participatory justice in The Invention of Suspicion (2007), which won the Roland Bainton Prize for Literature in 2008. Circumstantial Shakespeare (2015) based on the Oxford Wells Shakespeare Lectures, 2012, explores the importance of Shakespeare's creation of an offstage, imaginary 'world of the play' by means of forensic rhetoric. Edited collections include Feminism and Renaissance Studies (1999) and, with Victoria Kahn, Rhetoric and Law in Early Modern Europe (2001). For the Cambridge Complete Works of Ben Jonson (2012), I edited Jonson’s Discoveries (1641). The Oxford Handbook of English Law and Literature, 1500-1700, with chapters by leading legal historians, literary scholars and historians, was published in 2017 and won the Roland Bainton Prize for best reference book in 2018. Forthcoming from Representations in 2020 is an article ‘On the Knees of the Body Politic’. I also have articles forthcoming on ‘Debt and Doorways in Renaissance Comedy’ (Early Modern Debts ed. Laura Kolb and George Oppitz-Trotman, forthcoming from Palgrave) and on ‘The Play in the Mind’s Eye’ (The Places of Criticism ed. Gavin Alexander et al, forthcoming from Cambridge). My current book-in-progress is England’s Insular Imagining. 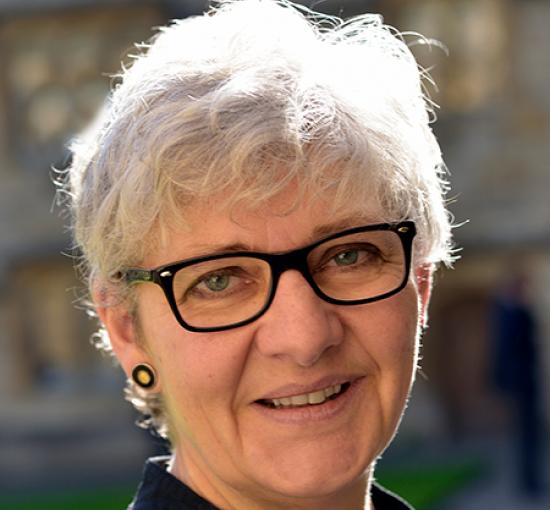