In Summer 2019 Ancient and Modern History undergraduate Ellen Sharman followed the route of the Grand tour through Italy, using travel literature by women of the 18th century to inform the cities she visited.

I love the boldness of female travellers from this period, and a journey like theirs is something I have dreamed of taking for years. The books I found most inspiring were Hester Lynch Piozzi’s guide Observations and Reflections Made in the Course of a Journey Through France, Italy, and Germany published in 1789, and Mariana Starke’s Travels on the Continent published in 1820. I find it fascinating how pre-Google Earth societies captured and defined the landscape around them, whether through descriptions in a diary, rustic maps guessing how a city looked, or from the sense of the landscape itself. I wrote everyday like the women who inspired me to take this journey, and am hoping to publish/display this along with my art once I finish my undergraduate studies.

The cities I visited were Verona, Vicenza, Venezia, Genova, Florence, Rome, Naples, Messina, Tusa (where I took part in an excavation of a Roman temple), and Palermo. Even though they are geographically so close to each other, it was crazy to see how the landscapes changed so dramatically from one place to another. I took the train from city to city and one of my favourite parts of the whole experience was seeing the physicality of the country change so drastically. The Veneto is so verdant and steamy in the summer, but Sicily is so arid and mountainous in a completely different way, it shows how diverse the geography of the country is. 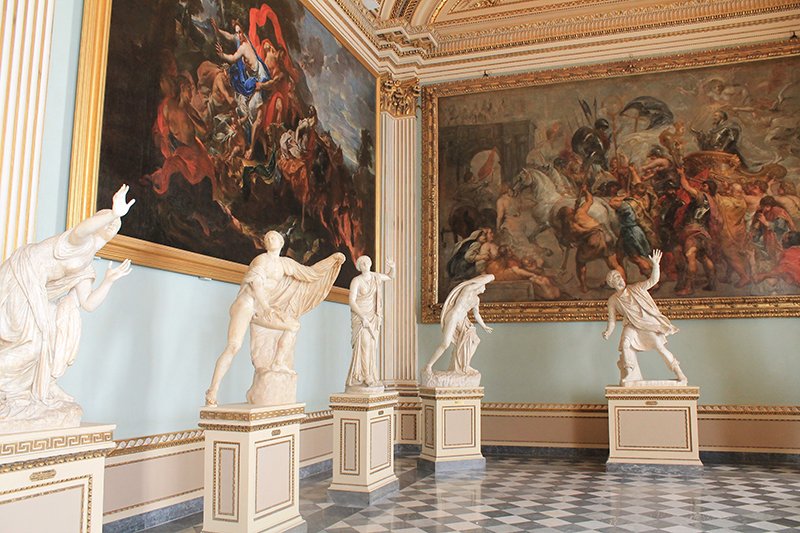 Seeing as much art as possible was a huge part of the trip for me. I was constantly inspired by all of the incredible pieces the country boasts, but also just by the whole beauty of the country. It all made me want to draw everything I saw! I am working on a few paintings at the moment inspired by things I saw there and the time I spent in the country. I am not quite Botticelli yet, but I am very much enjoying painting nonetheless. My favourite gallery was probably the Guggenheim in Venice as I have literally dreamed of going there since I was in year 7. I just think Peggy was amazing and the intimacy of the gallery is like nothing I have ever experienced before. The Uffizi was also a ridiculous experience. I actually cried standing in front of Botticelli’s Venus because I found it so moving (which made me feel very silly – but it is an amazing painting).

A large part of my experience was formed from just walking about the city streets, and experiencing the nuances of the town for myself after reading about them in the 18th century journals and also after studding ancient history here at Oxford. It is impossible for me to choose my favourite city, as they were all so different, but Rome probably was the most special. Walking through the city after having studied its history in detail was like nothing I have ever experienced before. Visiting the Ara Pacis museum was a very emotional experience for me, because in that moment I felt so entirely connected to the history of the city I was standing in. The altar itself is white marble, and I went in the evening so the entire room was glowing with the golden light being reflected off the Tiber onto the marble. It was the best way I could ever experience something that I had written an essay on only a month before. Walking around the city was constantly like a dream and something I won’t ever forget. 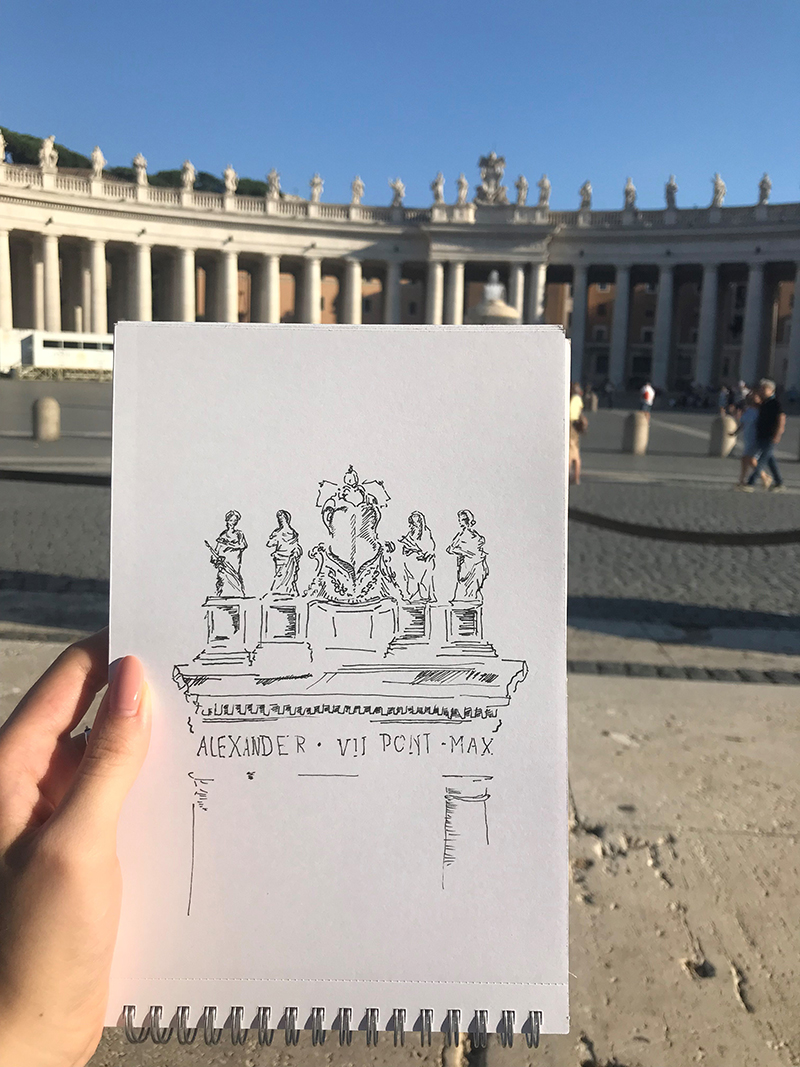 The time I spent journeying through Italy is probably the best thing I have ever had the opportunity of doing in my entire life. To be able to engage with the history and geography of a country which I love so much, and study with such a passion, was beyond rewarding. I had felt very lost before taking this trip, but each day I spent there helped me get back to a place within myself which initially I thought I might never have been able to find again. I am overwhelmingly grateful for this opportunity in a way which is hard to express.