Professor Judith Armitage named as next President of the Microbiology Society

Our current Sub-Warden Professor Judith Armitage FRS has been elected as the next President of the Microbiology Society. Judy, who first joined the society as a PhD student in the early 1970s, will take up the role in January 2019, and serve as President for three years. The Microbiology Society, a membership charity for scientists interested in microbes, their effects and their practical uses, was established in 1945; its first President was Sir Alexander Fleming.

"I am surprised, delighted and deeply honoured to be elected President of the Microbiology Society. This is a really exciting time to be a microbiologist, with new tools changing our perceptions of the microbial world. The Society has made some very positive innovations over the past few years and I hope to maintain that momentum."

"I am delighted to welcome Judy Armitage as our next President. Judy is an outstanding scientist and someone who leads by building a strong consensus, which are the ideal characteristics for the President of a membership charity like the Microbiology Society."

Judy, a bacterial physiologist who uses interdisciplinary approaches to study bacterial behaviour, has been a Fellow of the College since 1997, and comes to the end of her two-year term as Sub-Warden at the end of this month. She was an editor of the Journal of Bacteriology for 10 years and is currently one of the two Editors in Chief of Current Opinion in Microbiology. She is a member of EMBO, the European Molecular Biology Organization, and a Fellow of the American Society of Microbiology and of the Royal Society of Biology. In 2013 she was elected a Fellow of the Royal Society. 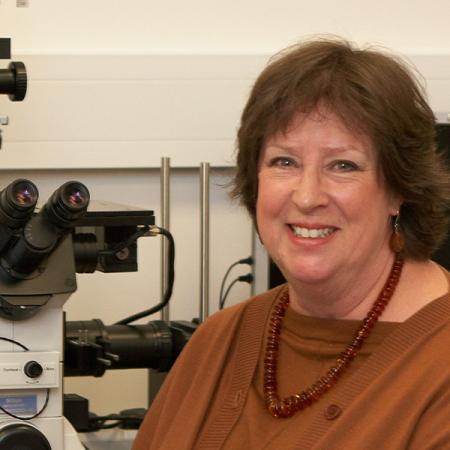