Merton Professorial Fellow in Biochemistry Judith Armitage has been elected as a Fellow of the Royal Society. Professor Armitage has been recognised for her pioneering contributions to the study of bacteria and bacterial motility.

Professor Armitage has been at Oxford since 1985, when she joined the University from UCL. In 1996 she was made Professor of Biochemistry, and in 2006 she was part of the team who obtained funding for the Oxford Centre for Integrative Systems Biology which she now directs. Her research, she says, relies heavily on an interdisciplinary approach:

"I couldn't do without the physicists and mathematicians: The physicists have an understanding of single-molecule optics to look at flagella movement, the mathematicians allow us to model and understand complex pathways. My collaborations have taken the research to a new height which couldn't otherwise have been achieved."

And she gives credit also to her students - among them over thirty graduate students, several of whom have moved into academic chairs elsewhere:

"Without these outstanding students I couldn't have done the work."

She adds that her achievement is particularly satisfying, because, having begun her teaching career as University Lecturer, it demonstrates "that you can make it as a woman and from the ranks." Professor Armitage becomes the sixth member of the current Fellowship to be honoured in this way, joining Professors Sir Andrew Wiles, Ulrike Tillmann, James Binney, Peter Holland and the Warden, Sir Martin Taylor. 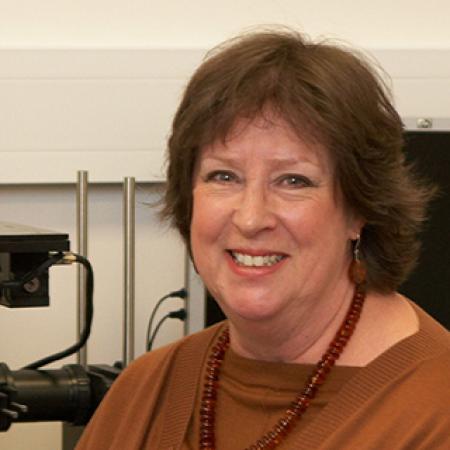