Nick Allard (1974), Bodley Fellow and President of the Merton College Charitable Corporation (MC3), has been selected as the Founding Dean of the College of Law at Jacksonville University, Florida, USA.

Nick, who is currently senior counsel at Dentons, the largest law firm in the world with offices in more than 80 countries, came to Merton in 1974 as a Rhodes Scholar after graduating from Princeton. He took his MA in PPE in 1976, going on to study at Yale Law School and pursuing a career in law, public policy, and government relations. He is a former Dean and President of Brooklyn Law School, where he launched several initiatives designed to make legal education more affordable, accessible, and valuable.

Commenting on his appointment, Nick said:

“The opportunity to serve as Jacksonville University’s Founding Law Dean offers a platform like no other to share my passion for law and the honourable profession and put my experience and relationships to good use. Our goal is for the College of Law to be in the vanguard of providing students outstanding, forward-looking preparation and practical training for future success and service.”

"Nick Allard is a world-class legal scholar and administrator, who is widely recognised and respected as both a thought leader and an educator. As [our] founding Dean ... he will have a tremendous impact on shaping the next generation of legal minds."

As a student at Merton, Nick’s principal tutors in PPE were John Lucas, Vijay Joshi, and Pembroke’s Zbigniew Pełczyński. He was Boat Club Captain, played rugby for the College, and was awarded a half blue as goalkeeper of the University Hockey team. Nick married whilst studying at Merton, and he and his wife Marla shared a cottage with the Warden’s former housekeeper Amy Cogden.

Nick has been actively involved with development and alumni relations at Merton since the late 1980s under the Wardenship of John Roberts. When MC3 was reconstituted in 1994, he was one of its original Directors, and in 2019 he was named as its President following the death of John J Kirby Jr. Nick is an elected member of the Merton Society, and has served on both the Development Committee and the 750th Anniversary Campaign.

Nick has received many honours and awards during his career, including being acknowledged as a Visionary by the National Journal-Legal Times. He has also served as a member of the American Bar Association’s Standing Committee on Government Affairs, as well as its Task Force on Lobbying Reform, and he chairs its Standing Committee on the Law Library of Congress. 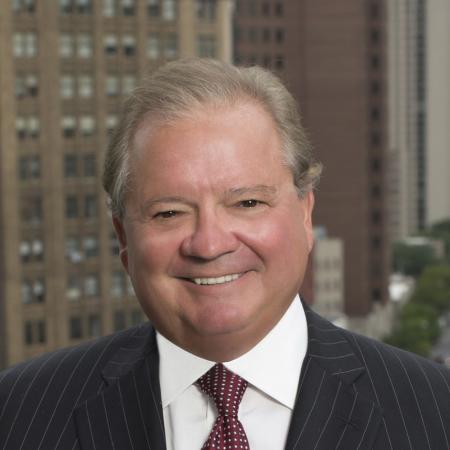