At a meeting on Friday 29 September the College’s Governing Body declared its intention to elect as its next Warden Professor Irene Tracey FMedSci, currently Head of the Nuffield Department of Clinical Neuroscience and Nuffield Chair of Anaesthetic Science at the University of Oxford. She will succeed Sir Martin Taylor FRS, who retires in September 2018 after eight years in post.

"It is a privilege and honour to be elected as Merton’s Warden. I am delighted to rejoin Merton at this exciting point in its evolution, and I look forward to working with its Governing Body, college staff, students and dedicated alumni to build on the outstanding legacy of this most special college."

Professor Tracey will be the 51st holder of the Wardenship, a position dating back to the College’s foundation in 1264. She is a Merton alumna, having taken an honours degree in Biochemistry in 1989, and been awarded her DPhil in 1993. She is only the second woman to have been appointed to the role of Warden, the first being Dame Jessica Rawson, who served from 1994 to 2010.

"On behalf of Merton’s Governing Body I would like to say that we are absolutely delighted that Professor Irene Tracey has agreed to take over as Warden from October 2019. She will continue Merton’s longstanding tradition of having an active and very successful academic at its head, in this case one who was also an undergraduate and graduate student here. With her lively involvement in the wider university and the national and international biomedical and educational community, we feel Merton will be well placed to address the increasing challenges facing higher education in the coming years."

Professor Tracey is a highly respected neuroscientist who co-founded the Centre for Functional Magnetic Resonance Imaging of the Brain in 1998, and was Director of the Centre for 10 years until 2015. She has previously held the posts of Head of the Nuffield Division of Anaesthetics and Associate Head of the Medical Sciences Division. She is currently on the council of the Medical Research Council. Prior to her career at Oxford she spent two years as a post-doctoral research fellow at Harvard.

Professor Tracey is married to the climate physicist Professor Myles Allen, and they have three children: a daughter and two sons.

Other previous incumbents of the Wardenship of Merton College have included Sir Henry Savile, one of the scholars who helped prepare the King James Version of the Bible, and the physician William Harvey, the first person to describe in detail the circulation of blood around the human body. The present Warden, Sir Martin Taylor FRS, is a distinguished mathematician who has served as Vice-President of the Royal Society and was knighted in 2009 for services to science.

Professor Tracey will serve as Warden of Merton College, Oxford for an initial period of 7 years, with the possibility of renewal for up to 5 years. She and her family will take up residence at the Warden’s Lodgings on Merton Street.

The College’s Governing Body has elected Professor Steven Gunn (1979) as Acting Warden for the 2018-19 academic year. Warden-elect Professor Irene Tracey, whose appointment was confirmed at a special meeting of the Governing Body on 1 November 2018, has pre-existing commitments to her department during 2018-19, and will therefore take up the Wardenship of Merton in October 2019, a year after the current Warden, Sir Martin Taylor, retires from office in September 2018.

Professor Gunn will be well known to many Mertonians as Tutorial Fellow in History since 1989. He served as Sub-warden in 2010-12 and has held many other College offices during his time at Merton. He is Professor of Early Modern History in the Faculty of History and his research interests are in the political, social, cultural and military history of England and its continental neighbours from the mid-fifteenth to the later sixteenth century. The book of his 2015 James Ford lectures in British History, The English People at War in the Age of Henry VIII, will be published in January 2018. 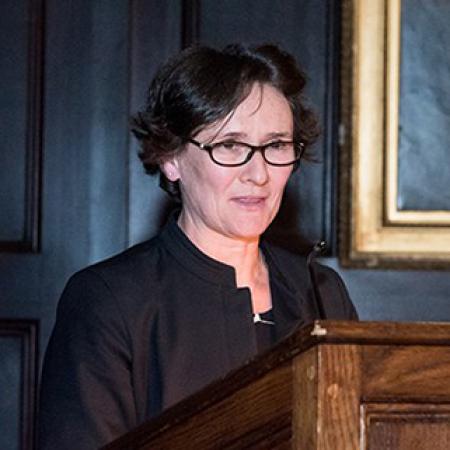