The Choir of Merton College’s recording of Gabriel Jackson’s The Passion of Our Lord Jesus Christ has been shortlisted in the Choral Category of the BBC Music Magazine Awards 2020.

There are seven award categories, each shortlist selected by a jury of expert critics and representing the very best classical recordings reviewed in BBC Music Magazine in 2019. The lists are now open to a public vote, which runs until 11.59pm on Sunday 16 February.

The disc, which was released on the Delphian label in March last year, is currently available from our online shop at the discount price of £10 (plus P&P).

Gabriel Jackson was commissioned to compose the work for the College's 750th Anniversary in 2014, and the première performance was given that year by the Merton College Choir. The CD recording was made in the Chapel in June 2018, and features the soprano Emma Tring and the tenor Guy Cutting. On its release, BBC Music Magazine's five-star review described it as an "outstanding recording [which] bursts with energy."

The winners of the 15th annual BBC Music Magazine Awards will be announced at a ceremony on Tuesday 28 April at Kings Place, London. 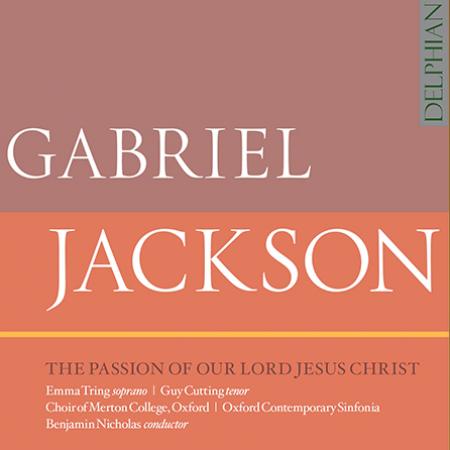