Book launch — The Face of Peace: Government Pedagogy amid Disinformation in Colombia

Colombia’s 2016 peace agreement with the FARC guerrillas sought to end fifty years of war and won President Juan Manuel Santos the Nobel Peace Prize. Yet Colombian society rejected it in a polarising referendum, amid an emotive disinformation campaign. Gwen Burnyeat joined the Office of the High Commissioner for Peace, the government institution responsible for peace negotiations, to observe and participate in an innovative 'peace pedagogy' strategy to explain the agreement to Colombian society. Burnyeat’s multi-scale ethnography reveals the challenges government officials experienced communicating with sceptical audiences and translating the peace process for public opinion. In her new book, The Face of Peace: Government Pedagogy amid Disinformation in Colombia, she argues that the fatal flaw in the peace process lay in government-society relations, enmeshed in culturally liberal logics and shaped by the politics of international donors. The Face of Peace offers the Colombian case as a mirror to the global crisis of liberalism, shattering the fantasy of rationality that haunts liberal responses to 'post-truth' politics. 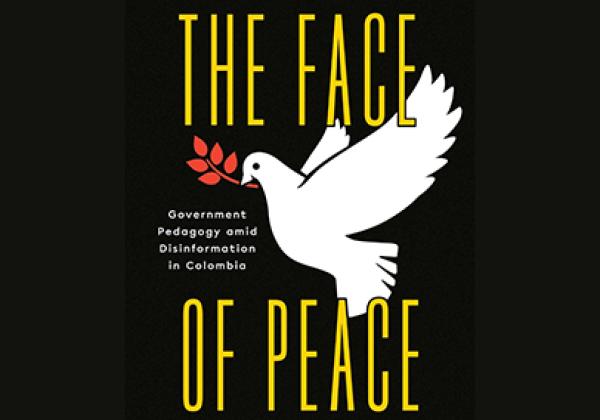