A selection of favourite anthems which combines fresh inspiration with timeless musical values.

The choir’s fifth Delphian recording in five years again showcases the talents of its joint directors Benjamin Nicholas and Peter Phillips, with Phillips' love of polyphony complemented by Nicholas's flair and commitment in some of the twentieth century’s major choral works.

Bookending these 'favourites' are Patrick Gowers' now iconic Ascension Day anthem Viri Galilaei and Jonathan Dove's newly minted Te Deum, commissioned as part of the Merton Choirbook – the largest series of commissions of its kind in modern times, created in celebration of the College's 750th anniversary.

★★★★ Organ playing from the scholars is top-notch and the singing from these young voices is always unforced and balanced. Familiar music here, in an energetic new release.

Merton choir’s singing is notable for its clarity. The polyphonic lines of Byrd’s Diliges Dominum, the antiphonal effects of Harris’s classic Faire is the heaven and even the dense textures of Parry’s Blest pair of sirens have about them an almost class-like transparency… this is a lovely collection of good music, well performed, beautifully sung and exquisitely recorded. Who could ask for anything more?

Elegant, affective and at the same time intense as anyone could wish for

A very fine disc indeed ... one of the very best British collegiate choirs

Splendid ... a disc to be heard again and again

Tallis – If ye love me

Elgar – Give unto the Lord

Rutter – The Lord bless you and keep you 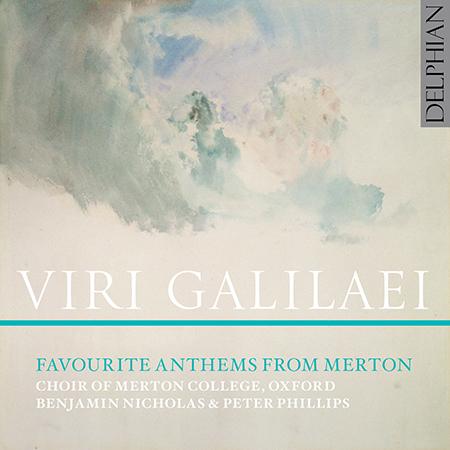