Music in honour of the Blessed Virgin Mary, including five newly-commissioned pieces from the Merton Choirbook.

At the other end of the chronological spectrum, Peter Phillips' expert direction of Byrd's rarely performed 'Salve Regina', a bold statement of Catholic faith from Reformation England, and of John Nesbett's late fifteenth-century 'Magnificat' completes this portrait in sound of a woman who—as characterised in Alexandra Coghlan's illuminating booklet essay—is at once virgin and mother, human and God-bearer, suppliant and Queen of Heaven.

The jutting vocal fanfares of [Weir’s] Ave Regina caelorum set a brightly celebratory atmosphere at the disc’s beginning… The seven-part writing of Hannah Kendall’s numinous Regina caeli is lucidly balanced out by the singers… Of the other works the glowing Magnificat of 15th-century composer John Nesbitt is particularly notable, bringing gleaming work from the sopranos in particular.

★★★★★ A fascinating and finely executed collection of anthems and motets… The 35-strong mixed voice choir possess perfect intonation and blend… this is not a disc to be missed.

The Delphian engineers capture superbly this excellent choir in its home chapel and one of the main delights of the programme is precisely the engaging mix of early and contemporary music.

★★★★★ Delphian scores yet another choral hit with this exceptional and fascinating collection themed around musical representations of the Virgin Mary. And once again, Merton College Choir is the immaculate vehicle for performances that encompass the old and the new.

Astonishing versatility ... a stimulating programme ... put over with passion, aplomb and utter respect for the composers' intentions.

This arresting sequence is of old and new representations of the Virgin. Judith Weir’s vigorous, beautifully fresh Ave Regina caelorum is the first of four such Marian antiphons commissioned from women, the others being Kerry Andrew, Hannah Kendall and Dobrinka Tabakova, the results all striking.

Gabriel Jackson – I say that we are wound with mercy

John Tavener – A Hymn to the Mother of God

John Tavener – Hymn for the Dormition of the Mother of God 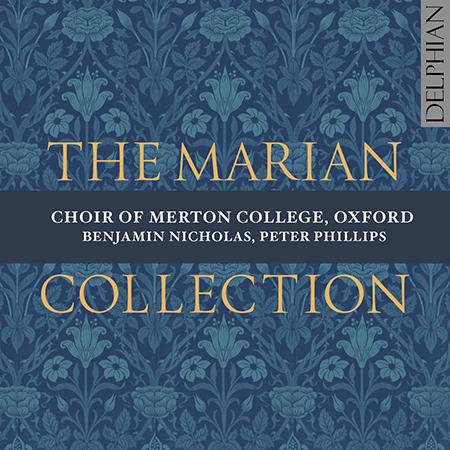