In the beginning was the College Choir's debut CD, released on the Delphian label. Peter Phillips and Benjamin Nicholas direct the choir in music by Gombert, Palestrina, Weelkes, Holst, Copland, Łukaszewski, Whitacre and Jackson. This attractive programme shows the choir at its best, and the disc attracted very favourable reviews and was played on BBC Radio 3.

Plainly, this is a fine choir, and a worthy rival to the other mixed-voice Oxbridge ensembles that have flourished in recent times

In a generously imaginative gesture that can only benefit the future of British choral music, the college recently set up a new foundation, training 18 scholars. The results are already outstanding; Nicholas and Phillips draw a wonderfully fresh, vibrato-free sound from their young singers, who seem particularly at home in new repertoire

Listening to their superb performances and seamless blending of voices, it’s hard to believe that the choir is only four years old. They have a vast range of dynamics and vocal colouring, and they’re fully responsive to the different styles… An intensely moving recording, strongly recommended

Gabriel Jackson – In the beginning was the Word

Aaron Copland – In the Beginning 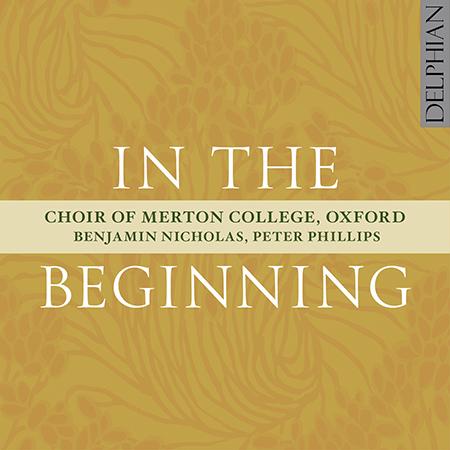