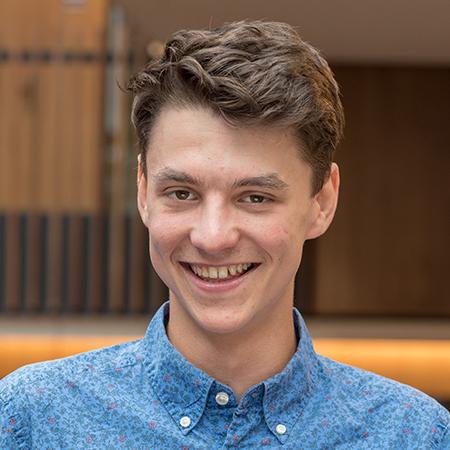 Fusion power aims to generate electricity by harnessing the vast amounts of energy that can be released (in the form of heat) during a nuclear fusion reaction. The sun, like all other stars, is a natural nuclear fusion reactor, with much of the energy that it emits coming from fusing hydrogen into helium. Recreating this process in a laboratory involves heating lighter elements to exceedingly high temperatures until they form a plasma - an electromagnetically interacting 'gas' of charged ions and electrons - which is contained within a nuclear fusion device. A significant challenge to making fusion power an every-day reality comes from the issue of maintaining the core plasma at temperatures high enough to ensure that a fusion chain-reaction can be established, and thus begin to generate power.

My current DPhil research, working alongside Professor Schekochihin (Merton) and Dr Colin Roach (CCFE, Culham), focuses on the turbulent heat transport properties of fusion plasmas, in order to better understand how heat that is injected at the edge of the plasma is transported throughout the plasma, and thus optimise the design of future nuclear fusion experiments to ensure maximum heat transfer into the core of the plasma. Specifically, I am concerned with the physics of the electron temperature gradient (ETG) instability; the difference in the temperature between the electrons in the core and those at the edge of the plasma sets up a temperature gradient, which provides a source of energy for unstable, small-scale perturbations ('waves') that drive the plasma towards some saturated ('stable') state. Knowing how the resultant turbulent heat flux depends on the temperature gradient, one can find the heating power that needs to be provided to support a high enough temperature in the core of the device, so that fusion may occur. Using a combination of analytical ('pen-and-paper') and computational research methods, I hope to provide a comprehensive picture of the heat transport properties of the plasma in the ETG regime.

I am immensely grateful for the support from both Merton College and CCFE for my work. Merton has been an absolutely wonderful place to study and socialise; since arriving at Merton as an undergraduate in 2014, I have been constantly impressed with the welcoming nature of the community at the college, as well as the academic and financial support offered by the college at all levels of study. To any students unsure of what college to apply for - whether for undergraduate or postgraduate study - I could not recommend Merton more highly!