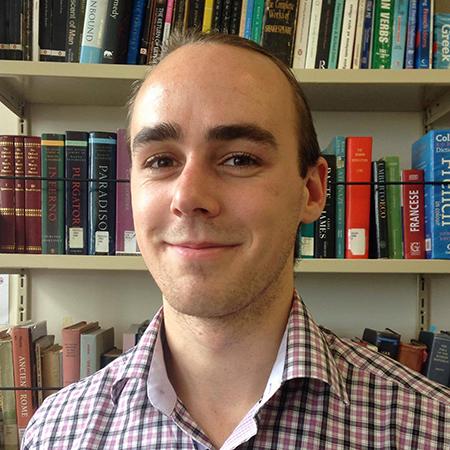 My research centres on communication: the communication between an elected aristocracy and a politically conscious people. I am exploring the communication between ‘aediles’, middle-ranking elected officials, and the people in ancient Rome. Whereas most research of Rome’s magistracies has concentrated on constitutional and administrative questions, my research treats the aedileship as a social institution, analysing the social relations between men elected to the aedileship and the people at Rome across all classes. I aim to shed light on how Roman politicians characterized themselves, and what this self-constructed caricature tells us about social relations between ordinary Romans and the men they elected.

Merton has been enormously generous in allowing me to develop my research and explore new disciplines. With the college’s support, I have been able to speak at conferences and participate in archaeological excavations. I could not imagine a more supportive college than Merton. I would highly recommend it to prospective graduate students.