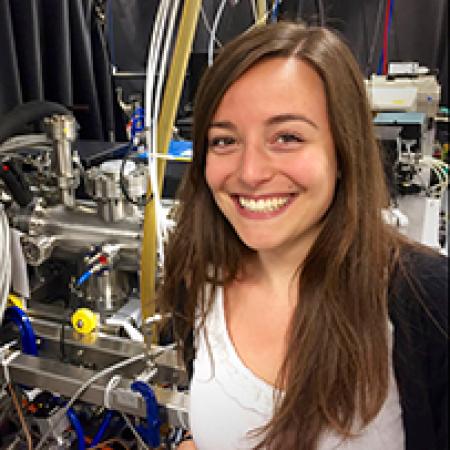 Jutta Toscano is in the second year of studying for a DPhil in Physical & Theoretical Chemistry:

"My research is on ultra-cold ion-radical collisions, a field at the border between physics and chemistry which aims to study fundamental collision processes and understand the quantum mechanics behind chemical reactions by having complete control over the reacting partners.

"This goal is achieved by removing almost all of the energy from the system (through cooling and decelerating), selecting specific quantum states of the reactants to investigate and then observing the consequences of the collision process. Such experiments will allow us to probe the laws of physics governing reactions in the interstellar medium, the cold part of the universe in between the stars, and also to manipulate the outcome of chemical reactions using electromagnetic fields.

"Specifically, I am developing an experiment that consists of a Zeeman decelerator, which slows down radicals using magnetic fields, followed by a magnetic guide, to filter the decelerated particles away from the beam axis, and an ion trap, to hold the cold ions with which the radicals will collide.

"It is a pleasure to be part of Merton College, an inspiring environment in which exchange of ideas and academic discussions, as well as social activities, are nurtured. Its stimulating and diverse community, with members from a wide variety of disciplines, goes a long way to make the graduate experience rich and fulfilling."