Jennifer Payne is Acting Warden of Merton College, Oxford. She is also the Linklaters Professor of Corporate Finance Law and a fellow and tutor at the College. She writes widely in the fields of company law, corporate finance law, financial regulation and corporate insolvency. Her recent books include Corporate Finance Law: Principles and Policy (Hart Publishing, 3rd edn 2020, with Louise Gullifer); Intermediation and Beyond (Hart Publishing, 2019 with Louise Gullifer); Principles of Financial Regulation (OUP, 2016) (with John Armour, Dan Awrey, Paul Davies, Luca Enriques, Jeff Gordon and Colin Mayer); The Oxford Handbook of Financial Regulation (OUP, 2015, with Niamh Moloney and Eilis Ferran); and Schemes of Arrangement: Theory, Structure and Operation (CUP, 2014, 2nd ed 2021). She is a contributor to Palmer's Company Law, a founder editor of the Journal of Corporate Law Studies and of the Oxford Business Law Blog, and Review Articles editor of the Oxford Journal of Legal Studies. She was appointed as a Law Delegate of the Oxford University Press in 2020. She has been a Visiting Professor at a number of leading institutions internationally, including Melbourne Law School, the National University of Singapore and the University of Auckland. She was elected to membership of the International Insolvency Institute in 2016. She was a member of the European Security and Markets Authority (ESMA)’s Securities and Markets Stakeholders Group 2016-18 and she was a member of the Consultative Working Group of ESMA's Corporate Finance Standing Committee in 2015-17. She is currently a member of the Expert Advisory Panels to the Law Commission on Intermediated Securities and Digital Assets.

Intermediation and Beyond (Hart Publishing, 2019) (ed, with Louise Gullifer)

Company Charges: Spectrum and Beyond (OUP, 2006) (ed, with Joshua Getzler)

“Disclosure of inside information" in R Veil and V Tountopoulos (eds) The Transparency of Stock Corporations in Europe (forthcoming, 2019)

“Tripping the Light Fantastic: A comparative analysis of the European Commission’s proposals for new and interim financing of insolvent businesses” (with Janis Sarra) (2018) International Insolvency Review 178-222

“The creation of a European capital market” in P Koutrakos and J Snell (eds) Research Handbook on the Law of the EU’s Internal Market (2017, Edward Elgar publishing) (with Elizabeth Howell)

“The Role of Gatekeepers” in N Moloney, E Ferran and J Payne (eds) The Oxford Handbook of Financial Regulation (2015, OUP)

“Corporate Attribution and the Lessons of Meridian” in J Pila and P Davies (eds), The Jurisprudence of Lord Hoffmann: A Festschrift for Leonard H. Hoffmann (Hart Publishing, 2015)

“Debt restructuring in English Law: Lessons from the US and the need for reform” (2014) Law Quarterly Review 282-305

"The role of European regulation and model acts in company law" in U Bernitz and W-G Ringe (eds) Company Law and Economic Protectionism (OUP, 2010)

“The characterization of fixed and floating charges” in J Getzler and J Payne (eds) Company Charges: Spectrum and Beyond (OUP, 2006), Ch 4 (pp51-104) (with Louise Gullifer)

“The reform of unlimited liability and joint and several liability in the context of English professional partnerships” in B Rider (ed) The realm of Company Law: A collection of essays in honour of Professor Leonard Sealy (1998, Kluwer) 217-231

“Lifting the Corporate Veil: A Reassessment of the Fraud Exception” (1997) Cambridge Law Journal 284-290 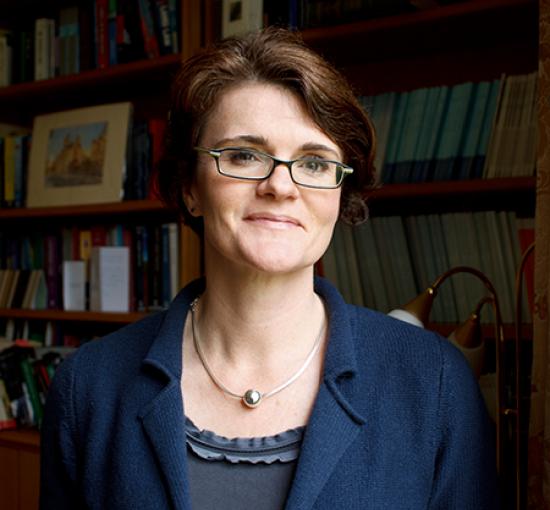