The Board of Trustees of the National Gallery have announced the appointment of John Booth (1976) as their next Chair. He succeeds Sir John Kingman, who has been interim Chair since Lord Hall of Birkenhead stood down from the role in May.

John was appointed as a National Gallery Trustee by the Prime Minister in August, having joined the board in February as a liaison Trustee of Tate, where he was Chair of the Collection Committee and the Ethics Committee.

John, who matriculated in 1976 and read Modern Languages at Merton, is Chairman of The Prince’s Trust and Pallant House Gallery, and a trustee of Chatsworth House, the Arts Foundation and several other charities. He is also an ambassador for the homelessness charity Depaul International, a Deputy Lieutenant for West Sussex, and sits on the Community and Voluntary Service Honours Committee. He is an entrepreneur and philanthropist who chairs a number of public and private companies including Maintel and the London Theatre Company. John is a member of the University of Oxford’s Chancellor’s Court of Benefactors, and he chairs Merton’s Development Board. He has made a significant contribution to the life of the College and its future.

Commenting on his appointment, John said:

"I'm delighted to take up this role as the National Gallery prepares to celebrate its 200th anniversary in 2024. The Gallery's amazing collection, including so many of the world's greatest paintings, belongs to the whole nation and we look forward to sharing it afresh with visitors as we emerge from the pandemic, and as we continue to grow our international digital presence."

"All of us at the National Gallery are immensely looking forward to working closely with John Booth. He becomes our Chair of Trustees as we develop our plans for the Gallery Bicentenary in 2024 and brings a wealth of experience and skill to enable us to realise them for the benefit of the public."

John's first term as Chair will last until 2025 when he will be eligible to serve a further term, subject to the Prime Minister's consideration at the appropriate time of any reappointment as a trustee. 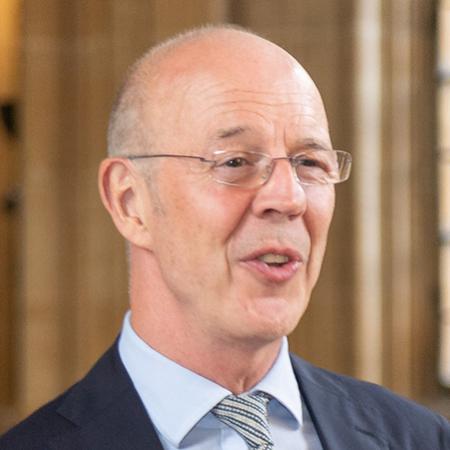