Sicily projects to benefit from three-year collaboration with island's government

The I.Sicily and Crossreads projects, both directed by Merton's Tutor in Ancient History Professor Jonathan Prag, are set to benefit from a new collaboration between the Faculty of Classics and the Regione Siciliana.

Monday's formal signing of a convention between the faculty and the Assessorato regionale dei Beni Culturali e dell’Identità siciliana is intended to support the study, publication and communication of the archaeological heritage of the island of Sicily, and specifically its rich epigraphic culture, through the work of the two projects led by Professor Prag. The convention has been made possible by the Assessore dei Beni culturali, Alberto Samonà, and was signed by the Director General of the Dipartimento dei Beni Culturali, Franco Fazio, with the support of the archaeologist Alessandra Merra (scientific advisor), and the Director for Institutional Relations, Maddalena De Luca.

I.Sicily is a pioneering digital corpus of the inscriptions of ancient Sicily; and Crossreads is a major new European Research Council-funded project to develop innovative study of the written material culture of ancient Sicily, including petrographic, palaeographic, and linguistic analysis. The convention will enable these projects to realise their full potential, facilitating the detailed study of the archaeological material and its public dissemination. More than this, however, it is the joint ambition of both parties to explore ways to make the material and the results of its study accessible as widely as possible.

Jointly developed training workshops for Sicilian students in conjunction with the museums, soprintendenze, and archaeological parks of the island, as well as an exhibition on the epigraphic culture of Sicily in 2025/26 are already in planning. The aim is also to exploit the digital resources and platforms of both projects to develop innovative new ways to make the island’s rich past more accessible and engaging for local, national and international audiences.

“Sicily stood at a cultural and economic crossroads in the ancient Mediterranean, as is visible in its spectacular ancient sites and treasures. The island offers a remarkable laboratory for the study of our past and it is genuinely exciting to have this opportunity to collaborate on such a scale with the island’s curators, archaeologists, educators and researchers in bringing the island’s unique cultural heritage to wider audiences.” 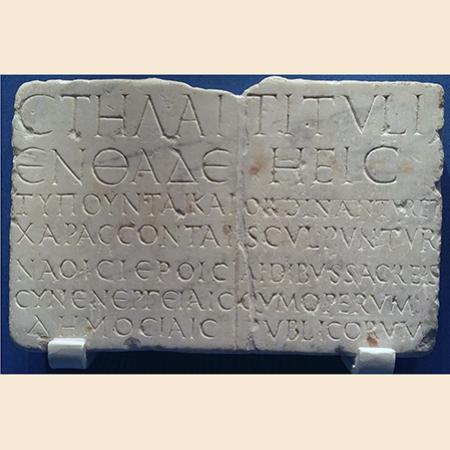