We are delighted to announce that the Regius Professorship in Mathematics at the University of Oxford will become a permanent fixture at the College.

This highly prestigious post was announced in June 2016, and Professor Sir Andrew Wiles (1971, Fellow) was appointed by Her Majesty the Queen as the first holder of the chair in May 2018. A world-renowned mathematician, Sir Andrew is famous for his proof of Fermat’s Last Theorem, a feat for which he was given the Abel Prize – widely regarded as ‘the mathematician’s Nobel Prize’.

The Regius, a rare and sovereign-granted title, was awarded to Oxford’s Mathematical Institute as part of the Queen’s 90th birthday celebrations. It was the first Regius Professorship awarded to Oxford since 1842, and we are very honoured that it will permanently stay at Merton after Sir Andrew’s retirement.

The Warden, Professor Irene Tracey, said of the news:

“I am absolutely delighted that the Regius Professorship in Mathematics will remain at Merton. The College prides itself on academic excellence, and we have a long and illustrious history of excellence in Mathematics that continues to this day. This post cements that relationship. We are pleased to know, in securing this Professorship, that Merton will remain one of Oxford’s finest colleges for Mathematical studies for generations to come after Sir Andrew finishes his tenure.” 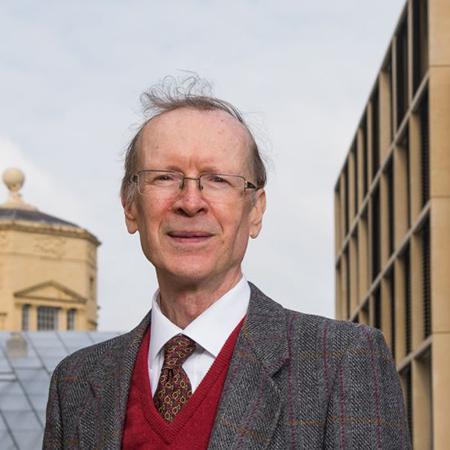