It is with great sadness that the College has learned of the death of Dr Prosser Gifford, alumnus, Bodley Fellow, and former President of the Merton College Charitable Corporation (MC3).

Born in 1929, Prosser graduated from The Hotchkiss School in Connecticut in 1947, before going to Yale University for undergraduate study. He matriculated as a Rhodes Scholar at Merton in 1951, reading English. Returning to the United States in 1953, he completed a law degree at Harvard and then went back to Yale to gain a PhD in History in 1964.

He was the first Dean of Faculty at Amherst College in Massachusetts from 1967 until 1979 and then became Deputy Director of the Woodrow Wilson International Center for Scholars in Washington, DC, where he worked until 1988. That year, he joined the Library of Congress, where he worked in the Office of Scholarly Programs until his retirement in 2005.

Prosser wrote a series of books on British and German colonialism in Africa and had extensive experience as an editor of books on African history and United States foreign policy.

He was the President of MC3 from 1998 to 2006. He remained a life trustee of the organisation until his passing, and he will be dearly remembered as a great friend of the College. “Pross”, as he was known by his friends and colleagues, will long be remembered for his signature booming laugh, his gentle spirit and his service to the College he loved.

His wife of 56 years and until her death in 2010, Deedee, was his enthusiastic constant companion at College and MC3 events. They had three children.

Our thoughts are with his family. 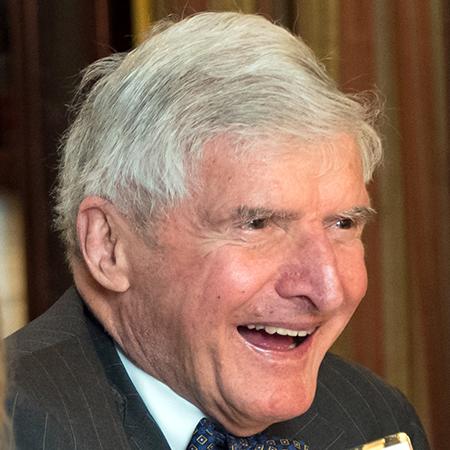