It is with great sadness that the College has learned of the death of the eminent Cypriot archaeologist Professor Vassos Karageorghis, an Honorary Fellow of Merton College.

Born in 1929 in Trikomo, Cyprus, Vassos Karageorghis studied at the Institute of Archaeology of the University of London from 1948 to 1952, receiving his doctorate in 1957. After completing his studies, he returned to Cyprus and began his career at the Department of Antiquities; in 1963 he became Director of the Department, a position he held until 1989. In 1992 he was elected Professor of Archaeology at the University of Cyprus and served as director of the Archaeological Research Unit until his retirement in 1996. In 1989 he was appointed as Director of the Anastasios G Leventis Foundation, which he served until 2010.

Professor Karageorghis promoted Cypriot archaeology with his impressive discoveries such as the Royal Necropolis of Salamis, the monumental temples at Kition, the Late Bronze Age settlements of Maa and Pyla, and many others. His publications included a great number of monographs and edited volumes, and hundreds of scholarly articles. He was made a Fellow of the Society of Antiquaries of London in 1960, and in 1973 was elected a Fellow of the British Academy. In 2016 he was one of the four founding members of the Cyprus Academy of Sciences, Letters and Arts.

He first came to Merton as a Visiting Fellow in 1979, taking up a Senior Research Fellowship for Michaelmas term the following year, and returning in 1988. In 1990 he was elected as an Honorary Fellow of Merton College, and awarded an honorary degree by the University of Oxford. 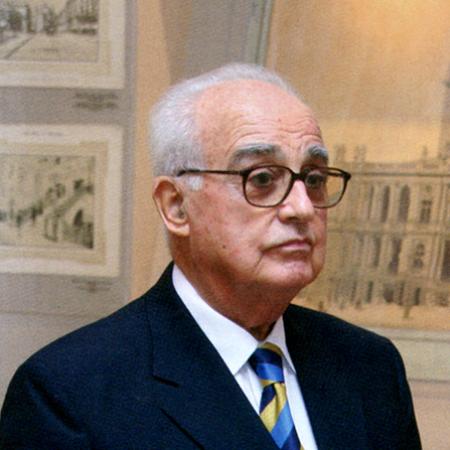