Team LevelUp, representing Merton, were named as winners of the ‘Best Undergraduate Idea' award at the All-Innovate final held in Trinity term. All-Innovate is Oxford's inter-college competition run by the Oxford Foundry in partnership with Oxford colleges. Students pitch entrepreneurial ideas for a chance to win a top prize of £10,000 prize money, and two runner-up prizes of £5,000 each.

Nicholas says the aim is to develop a game that engages children, helps parents stay connected, and saves teacher's time:

"What we are hoping to do is gamify educational experiences, in order to profile children psychometrically, and academically. From there, we can generate actionable insights for parents and teachers: you can check out our pre-minimum viable product at  www.psychupeducation.com, or even trial the test with your own children, if you have any!"

Following almost 100 applications from 33 participating colleges, team LevelUp were selected to pitch at the shortlisting bootcamp alongside over 50 fellow semi-finalists, during which they received feedback and guidance from the judges to support their pitch as they progressed. From the bootcamp, the team were selected as one of ten finalists and went on to pitch to a panel of judges that included Rodrigo Madanes, Product Director at EY, Michael Tefula, Head of Finance at Tickr, and Tong Gu, Investor at ADV.

Winning the competition means they will be awarded £5,000 of grant funding to support the development of their idea. Nicholas says:

"As entrepreneurs just starting out on our journey, it was incredible to win, especially considering the amount of innovative talent and credentials across Oxford University.

"Recalling the different stages of the competition, all the way from the bootcamp to the finals, we were struck by the quality of the ideas, particularly the innovative and cutting-edge ways in which everyone's ideas sought to target a pressing issue in the world.

"We first applied to All-Innovate in late 2019; since then, the idea has come on leaps and bounds, and the exclusive All-Innovate workshops have played a large part in this. The take-aways were twofold: firstly, and most importantly in terms of the idea, the feedback and mentorship we received taught us the importance for a start-up to focus on a specific niche; secondly, in terms of pitch delivery, the workshops taught us to cut to the essence of the idea to deliver a pitch within 1-3 minutes. These are valuable skills that we'll certainly be carrying into the future.

"I'd encourage anyone who's thinking about applying to give it a shot! The All-Innovate competition is so well-structured that even if you don't win, you can be sure that you'll learn, and that's the most important thing." 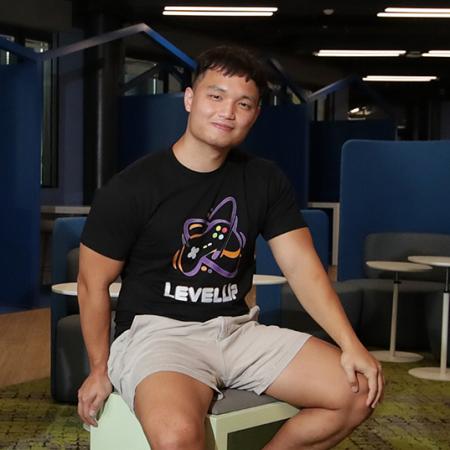