Merton second-year law students Anna Williams and Katie Ratcliffe were part of a University of Oxford team which reached the semi-finals of the National Rounds of the 57th Philip C Jessup International Law Moot Court Competition, held in Gray's Inn, London from 12 to 14 February 2016.

The team, which also included Nathalie Koh (Queen's), Sebastian Bates (Keble), and Thomas Foxton (St Peter's), was coached by Daniel Franchini, an MPhil Candidate at St Cross College. The Oxford team competed well against teams from the London School of Economics, King's College London, and the University of Cambridge, scoring higher than their opponents in each oral round. After a tightly-contested semi-final, Oxford narrowly lost out to King’s College London, who went on to win the final.

"It was fantastic to be able to represent Oxford in the Jessup competition and we really enjoyed the opportunity to develop our advocacy skills. This experience has taught us a great deal and we are especially grateful to the support of our College tutors and the Law Faculty for enabling us to take part." 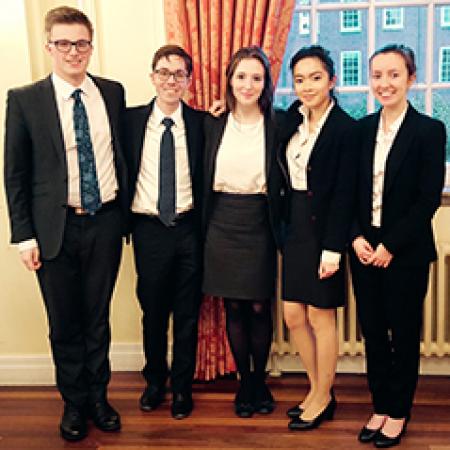