Merton alumna Meg He (2005) has been named on the Forbes fifth annual 30 Under 30 list of 600 of "the world’s most important young entrepreneurs, creative leaders and brightest stars."

Meg, named in the Retail and eCommerce category, is co-founder of ADAY, an activewear company who use technologically advanced fabrics usually seen in garments worn by Olympic athletes to create clothing with a contemporary fashion finish. The clothing is made in factories in the US, UK, and Portugal, and has been worn by celebrities including Academy Award-winner Lupita Nyong'o, star of the films 12 Years A Slave and Star Wars: The Force Awakens.

Meg, along with ADAY co-founder Nina Faulhaber, join the likes of Mark Zuckerberg, Taylor Swift and Jennifer Lawrence who have all appeared on the list in previous years. The final list is drawn from a pool of over 15,000 nominations in 20 different categories, and this year judges included former Microsoft CEO Steve Ballmer and Sex and the City star Sarah Jessica Parker.

"I've always been incredibly inspired by this annual roundup of the world's future entrepreneurs and leaders, so it's incredibly exciting to be recognised among peers I admire deeply especially since ADAY is a young company." 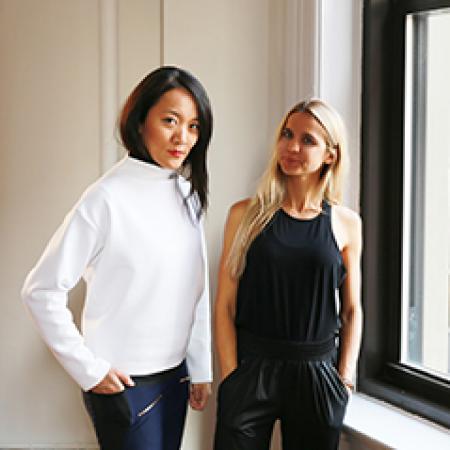