Composer and conductor John Rutter has written a carol, Was I The Lamb?, dedicated to the Choir of Merton College, to celebrate Canon Simon Jones’s two decades of service as the College’s Chaplain.

The Choir will premiere the carol at the College’s Christmas Carol Service on 2 December. They will then perform it at the Merton Society Carol Service in London on 10 December, at the Candlelight Concerts at Merton on 11 and 12 December (both at 5:00pm), and at Langford in the Cotswolds on 14 December.

The carol’s lyrics are from a poem by artist Marc Bratcher (St John’s, 1991). Marc completed his MA in Creative Practice at Leeds Arts University in 2020, and his first solo exhibition, Disability and the Divine, is planned for 2023. When Marc sent the lyrics for the carol to John, he mentioned that they focus "on one of the most overlooked and unprepossessing participants in the nativity." Marc, who was born with severe cerebral palsy, added that the piece "was written to further one of my major passions of increasing opportunities and awareness of people with disabilities throughout the arts and at all levels, as we too are often, even today, sadly still overlooked and discounted."

John Rutter CBE is best known for his choral music including Christmas carols, anthems, and larger works such as Gloria, the Requiem, and the Magnificat. In 1983, he formed the Cambridge Singers, with whom he has made numerous recordings. John travels the world to serve as a guest conductor and choral ambassador; edits the Oxford Choral Classics series; and, with the late Sir David Willcocks, co-edited four volumes of Carols for Choirs. John’s music has featured on British royal occasions, including the two most recent royal weddings, and he was awarded a CBE for Services to Music in 2007.

Simon Jones has been Chaplain of Merton College since 2002. As well as having oversight of the Chapel, he is also the College’s lead for welfare and disability. Simon commented:

"The music of John Rutter features every year in our Christmas Carol Services. To have a carol written by John for the College Choir, and to mark my 20th anniversary at Merton, is a huge privilege. This beautiful setting of Marc Bratcher’s poem, inspired by Marc’s commitment to increasing opportunities in the arts for people with disabilities, chimes perfectly with Merton’s commitment to increasing the participation of those with disabilities at every level of College life. I have no doubt that it will quickly establish itself as part of the Christmas repertoire, and greatly look forward to its first performance on 2 December." 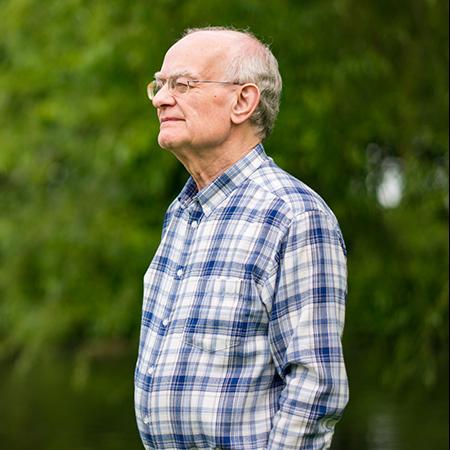