The Warden, Professor Irene Tracey FMedSci, has received the Commander of the Order of the British Empire from His Majesty King Charles for services to Medical Research.

"I was honoured to receive this medal in recognition of my research team’s work over many years to understand human pain. To meet His Majesty was an absolute joy, and to have my family there to share this special occasion at which my husband, Professor Myles Allen, also received a CBE was magical.”

Professor Tracey was installed as the College's 51st Warden in 2019. She has served on the Council of the UKRI Medical Research Council since 2017 and is President of the Federation of European Neuroscience Societies. Prior to re-joining Merton, her alma mater, she held the Nuffield Chair of Anaesthetic Sciences for twelve years and was Head of the Nuffield Department of Clinical Neurosciences and Fellow of Pembroke College. She was formerly the Director of the Oxford Centre for Functional Magnetic Resonance Imaging of the Brain (now the Wellcome Centre for Integrative Neuroimaging). She held her first tenured post at Oxford in the Department of Physiology, Anatomy and Genetics with tutorial fellowship at Christ Church having completed postdoctoral positions at Harvard Medical School, USA, and Oxford. She is a passionate advocate for women in science and her team is internationally recognised for their contributions to neuroimaging and pain neuroscience. 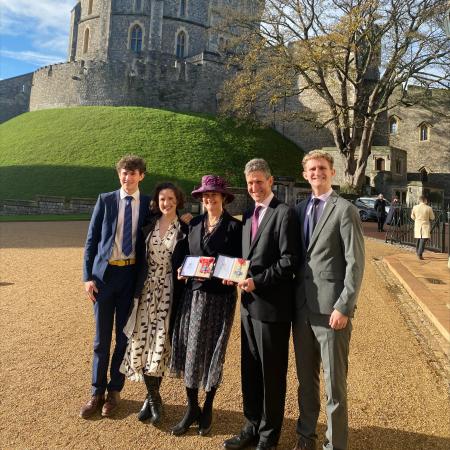