Dame Jessica Rawson, Honorary Fellow and former Warden of Merton College, is to be awarded the Charles Lang Freer Medal by the Smithsonian Institution, in recognition of her lifetime work in Chinese art and archeology. She will be presented with the award at a private ceremony in Washington, DC, on Saturday 28 October.

The Freer Medal, established in 1956, honours individuals who in the course of a career have contributed in a substantial way to the understanding of the arts of Asia. It is named after American industrialist Charles Lang Freer, an art collector and patron known for his large collection of works from East Asia, America, and the Middle Eastern. Freer became the first American to bequeath his private collection to the United States when he gifted his extensive collection to the Smithsonian Institution in 1906.

Commenting on the award, Julian Raby, the Dame Jillian Sackler Director of the Arthur M Sackler Gallery & the Freer Gallery of Art, said:

"Jessica Rawson joins an extraordinarily distinguished group of recipients of the Freer Medal, and she fully merits her inclusion in this Olympian gathering, for she has made outstanding contributions to the field of Asian art as an academic and a museum professional.

"Her research has been pioneering and rigorous. Grounded in material culture, Jessica’s scholarship has shed light on the uses and significance of ancient objects and on the transmission of objects and ideas across cultures. As a museum professional her work has been consummate."

During the course of her career, Dame Jessica, who is currently Professor of Chinese Art and Archaeology at the University of Oxford, has advanced the understanding of these areas including the relationship between people of China and Inner Asia. Her publications cover extensive topics and time periods, including the Bronze Age and the Han, Tang and Qing dynasties. Alongside her research work, she has taken on leadership roles at museums and universities. Since leaving a promising career in the civil service in order to pursue her long-standing passion for Chinese art she has served as Keeper of the Department of Oriental Antiquities at the British Museum, as our Warden, and, from 2006 to 2011, as Oxford University’s Pro-Vice-Chancellor. 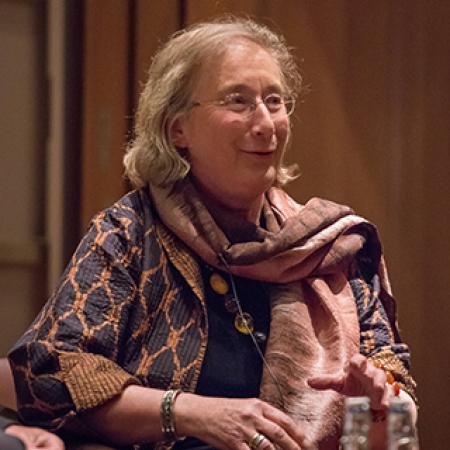