We are very much looking forward to welcoming Ben Haggarty to the college in October, as our seventh Visiting Research Fellow in the Creative Arts. He will hold the position for a year.

Ben Haggarty is one of the UK’s foremost performance storytellers. For over 40 years he has pioneered the retelling of traditional oral narratives (international folk tales, fairytales, epics and myths) in performance on contemporary stages - finding new contexts and purposes for their telling, researching global performative oral traditions and advocating a reappraisal of the status of orality. Ben tours widely - performing in theatres, arts centres and festivals nationally and internationally and on stages that have ranged from caves to Carnegie Hall. His repertoire spans Indo-European fairytales for grown-ups, Greek and Irish mythology, the Epic of Gilgamesh, and the contemporary myths of Frankenstein and Mr Sandmann, which won him a Fringe First award for best spoken word in 2013. In addition to his performance work, Ben is an event curator, director, trainer and mentor of storytellers.

Ben trained in mime with Ladislav Fialka, in theatre direction at East 15, and apprenticed as an image-maker with Welfare State. Ben was previously Honorary Professor of Storytelling at the Arts University of Berlin (UDK). He is the founder and Artistic Director of specialist promoter and producer, the Crick Crack Club, and founded numerous international storytelling festivals (including the International Storytelling Festival at the South Bank Centre 1989, and the Beyond the Border International Festival of Storytelling and Epic Singing 1993 – 2005). He has researched epic singing traditions in Northern and Central India, in Kazakhstan and in Kyrgyzstan, and folk storytelling traditions amongst the traveller communities of Scotland. From 2001 – 2011, he was the official storyteller with Yo Yo Ma’s Silk Road Ensemble. Ben was awarded a British Citizen Award for services to the Arts in 2017. He is the author of the MeZolith series of Stone Age graphic novels.

While he spends time with us, Ben will be "establishing a 'Mythlab' in the college, advocating the experiential use of storytelling to enhance an embodied understanding of global literatures originating in the oral tradition". He will also develop performance work inspired by the Caucasian Nart Sagas. We are delighted that Ben will bring his wealth of experience of traditional stories and spoken word storytelling to Merton – broadening perspectives, challenging preconceptions, and building new approaches to narrative within our community. 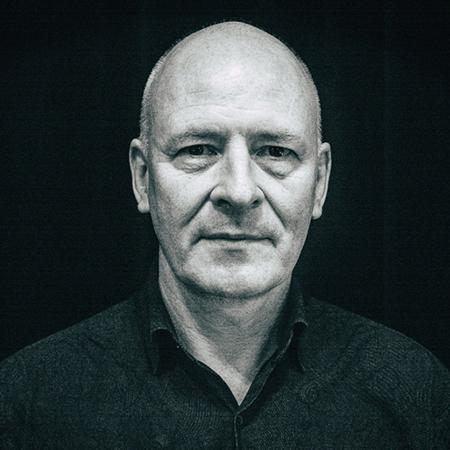