Given by Jonathan Hope, Assistant Director of Music at Gloucester Cathedral.

Jonathan Hope was born in 1988 and educated at George Abbot School, Guildford. He studied initially with John Belcher and David Sanger, and then at the Royal College of Music, London with Margaret Phillips and Sophie-Véronique Cauchefer-Choplin (improvisation).

Increasingly in demand as an organ recitalist, Jonathan’s concert career to date has taken him throughout the UK, as well as France, Germany, Italy, Sweden, the USA and Australia. Jonathan regularly improvises to silent movies, which have recently included Lon Chaney’s The Phantom of the Opera and The Hunchback of Notre Dame (2016 Three Choirs Festival), Harold Lloyd’s Safety Last and Cecil B DeMille’s The King of Kings. Jonathan has arranged many orchestral works for the organ, including Brahms’ overtures and Elgar’s In the South.

In 2015 he released his debut solo disc, Gloucester Experience (Willowhayne Records), featuring works by Elgar, John Hosking, John Sanders and Reubke’s Sonata on the 94th Psalm. In 2016 he released a DVD, The Grand Organ of Gloucester Cathedral, with Priory Records (featuring his transcription of Dukas’ The Sorcerer’s Apprentice). Jonathan’s third recording was released in September 2019 – Redcliffe Experience features orchestral transcriptions and modern works on the 1912 Harrison organ of St Mary Redcliffe, Bristol.

Through his work in the Three Choirs Festival, he has played with the Philharmonia Orchestra and worked with guest conductors such as Simon Halsey, Martyn Brabbins, Sir Andrew Davis and Edward Gardner. He frequently plays with the BBC National Chorus and Orchestra of Wales, and often broadcasts as a performer on both BBC Radio 3 and 4. 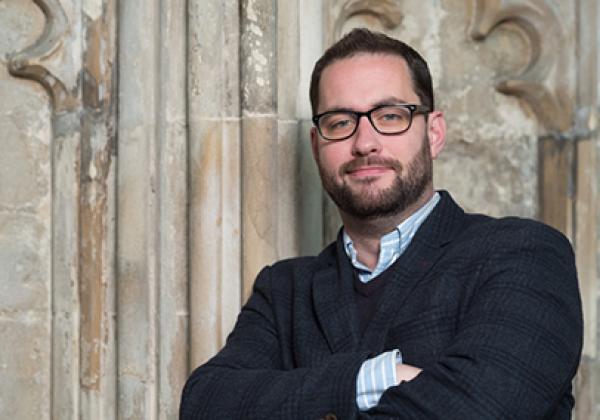