Mark Williams has been Informator Choristarum, Organist and Tutorial Fellow of Magdalen College, Oxford since January 2017. He studied at Trinity College, Cambridge, and was for six years Assistant Organist of St Paul’s Cathedral and Director of Music at St Paul’s Cathedral School.   Between 2009 and 2016, he held the post of Director of Music, College Lecturer and Fellow at Jesus College, Cambridge.  He has appeared as organist, harpsichordist and conductor internationally and on disc with many of the UK’s leading ensembles, including the London Philharmonic Orchestra, the English Chamber Orchestra, the City of London Sinfonia, the Royal Philharmonic Orchestra, the Cambridge Singers, the Bournemouth Symphony Orchestra, The King’s Consort, The Sixteen, Arcangelo, Retrospect Ensemble, and the Gabrieli Consort and Players.  As a conductor he has worked with the London Mozart Players, Britten Sinfonia, and the City of Prague Philharmonic Orchestra, and he is the Principal Guest Conductor of the City of London Choir.

Mark Williams has given solo recitals, judged competitions and led masterclasses in choral training, singing and organ performance in the UK, the USA, Asia and Africa.  He appears on over 40 discs and a number of soundtracks.  A Fellow of the Royal College of Organists, he is a Freeman of the City of London, and a trustee of the Oundle Music Trust, Songbound and the Muze Music Trust in Zambia.  He is the Honorary President of the Chamber Choir of Erne Integrated College in Enniskillen and the Artistic Director of the William Byrd Festival which takes place each year in Portland, Oregon.  He has worked with pop groups, crossover artists and appeared as conductor and organist on major Hollywood film scores, and he has acted as musical consultant for various television programmes, including the ITV crime drama, Endeavour. 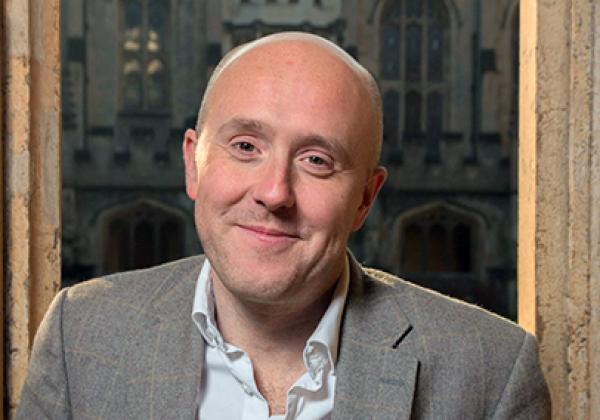