Venue
Slaughter and May, One Bunhill Row, London EC1Y 8YY

Dinah Rose QC (Magdalen, 1984) is a specialist in human rights law and related fields, including equal opportunities and discrimination, public law and competition law. Dinah has appeared in a number of the landmark legal decisions of recent times including: the mass collection and retention of personal data by the state, the torture of terrorist suspects at black sites and Guantanamo Bay, the disclosure of letters written by Prince Charles to government ministers, the introduction of substantial fees to be paid by employees bringing claims in employment tribunals, the refusal of the Hong Kong Government to recognise same-sex couples as married for immigration purposes, and the employment status of Uber drivers. In the wake of the Jimmy Savile scandal, she produced a report for the BBC on the incidence of sexual harassment and bullying.

Mishal Husain presents The Today Programme on BBC Radio 4 and the Sunday News at Ten on BBC1. In two decades in journalism her work has taken her from Davos to Rohingya refugee camps and from interviewing prime ministers to Prince Harry and Meghan Markle. Her work on location for BBC World News included the London and Beijing Olympics and broadcasting from Pakistan after the assassination of Benazir Bhutto in 2007 and the killing of Osama bin Laden in 2011. Mishal has made four critically acclaimed BBC documentaries: on the life of Mahatma Gandhi, on social media and the Arab uprisings, on Malala Yousafzai, and on EU immigration to the UK. In 2017 she hosted a BBC1 pre-election live debate. Her work has been recognised with awards including the London Press Club’s Broadcaster of the Year and Women in Film and TV’s Presenter of the Year. She recently published The Skills: From First Job to Dream Job, What Every Woman Needs to Know.

We would like to extend our sincere thanks to Daniel Schaffer (1986), Matthew Tobin (1991), and William Watson (1980) for kindly hosting this event at Slaughter and May. 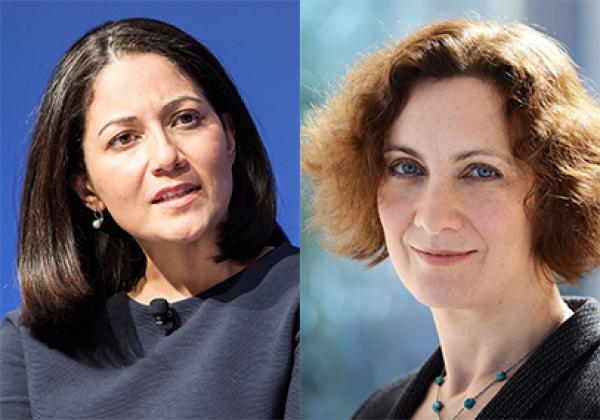