Merton Conversation: China and the West - Culture and Society

Warden of Merton from 1994 to 2010 and Professor of Chinese Art and Archaeology, Dame Jessica Rawson, and the Chancellor of the University of Oxford, once Governor of Hong Kong, Lord Patten of Barnes, came together in Oxford for our second Merton Conversation of the year, moderated by Rana Mitter, Professor of the History and Politics of Modern China and Fellow of St Cross College.

A packed TS Eliot Theatre enjoyed a wonderful evening of stimulating and varied debate on China and the West in this, the first UK Merton Conversation of the Anniversary Year. Professor Rawson and Lord Patten covered topics as wide-ranging as ethnicity and education, China's demographics and economics, politics and culture, as well as its rich history and the question of its future, in a discussion expertly moderated by Professor Mitter.

The evening concluded with a delightful reception with wine and canapés, where guests mingled with the speakers and lively debate ensued. 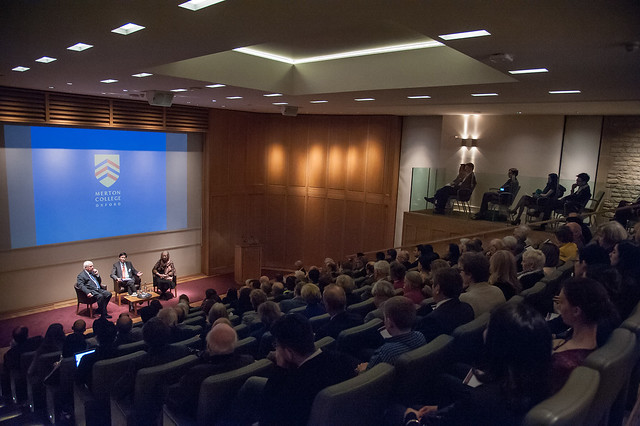 Professor Dame Jessica Rawson, an internationally renowned scholar in the field of Chinese art and archaeology, was Warden of Merton from 1994 to 2010. She is Professor of Chinese Art and Archaeology in the University of Oxford and, for the academic year 2013-2014, Slade Professor of Fine Art at the University of Cambridge. Before coming to Merton, she was head of the Asian Department in the British Museum.

Professor Rana Mitter's research work focuses on the emergence of nationalism in modern China, both in the early twentieth century and in the contemporary era. He is particularly interested in the impact of China's war with Japan in the 1930s and 1940s on the development of Chinese politics, society, and culture. 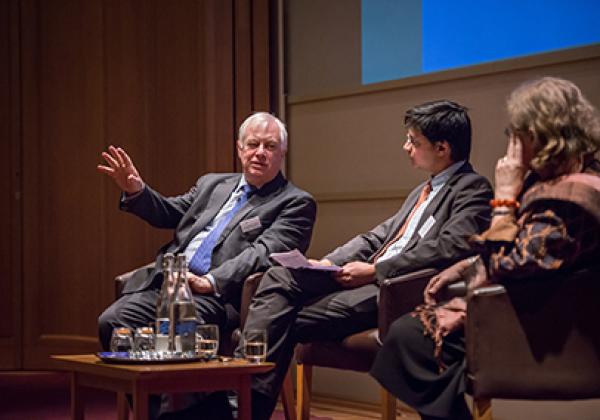