Film Screening: 'I am Not Your Negro'

The Stuart Hall Foundation in collaboration with Merton College, Oxford University and The Oxford Research Centre in the Humanities (TORCH) organised this screening of Raoul Peck’s Academy Award-nominated documentary I Am Not Your Negro, which was followed by a panel discussion.

The film screening was followed by a discussion with the award-winning filmmaker Isaac Julien, and writer Caryl Phillips, moderated by Professor Alison Donnell (University of East Anglia). Taking the film and James Baldwin’s work as a starting point, the speakers discussed their own work and the life of an intellectual dissident in relation to art, politics and activism.

Professor Alison Donnell is the Head of The School of Literature, Creative Writing and Drama at the University of East Anglia. Prior to joining University of East Anglia, Donnell was the Head of The School of Literature and Languages at the University of Reading. Donnell has published widely on Caribbean, diasporic and black British writings, including a book-length revision of literary history: Twentieth Century Caribbean Literature: Critical Moments in Anglophone Literary History (Routledge, 2006). She has been involved in a number of collaborative projects and publications with academics based in the West Indies, most recently co-editing The Routledge Companion to Anglophone Caribbean Literature (Routledge, 2011).

Caryl Phillips is a Kittitian-British novelist, playwright and essayist, author of numerous works of fiction and nonfiction including Dancing in the Dark, Crossing the River, and Colour Me English. His novel A Distant Shore won the Commonwealth Writers' Prize, and his other awards include a Lannan Foundation Award, a Guggenheim Fellowship, and Britain's oldest literary award the James Tait Black Memorial Prize.

About I am Not Your Negro

"The most important movie of the year. A mesmerizing achievement."
Eric Kohn, IndieWire

In 1979, James Baldwin wrote a letter to his literary agent describing his next project, Remember This House. The book was to be a revolutionary, personal account of the lives and successive assassinations of three of his close friends—Medgar Evers, Malcolm X and Martin Luther King, Jr. At the time of Baldwin’s death in 1987, he left behind only 30 completed pages of his manuscript.

Now, in his incendiary new documentary, master filmmaker Raoul Peck envisions the book James Baldwin never finished. The result is a radical, up-to-the-minute examination of race in America, using Baldwin’s original words and flood of rich archival material. I Am Not Your Negro is a journey into black history that connects the past of the Civil Rights movement to the present of #BlackLivesMatter. It is a film that questions black representation in Hollywood and beyond. And, ultimately, by confronting the deeper connections between the lives and assassination of these three leaders, Baldwin and Peck have produced a work that challenges the very definition of what America stands for. 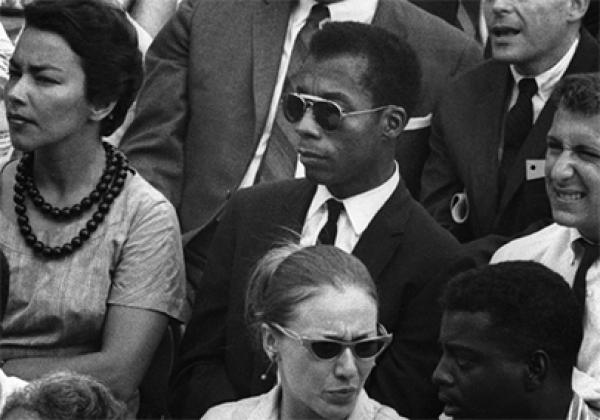