Stuart Hall and his Legacy at Merton

Stuart Hall, who was at Merton in the 1950s, was one of the founding figures in cultural studies. Shortly after his death, the College set up a scholarship in his honour, which is currently held by Ruth Ramsden-Karelse (2017). Postmaster spoke to Ruth to find out about her research and how it ties in with Hall’s legacy.

Stuart Hall (1951) was an academic, writer and pioneer of cultural studies. Born in 1932 in Kingston, Jamaica, he came to the UK in 1951 as a Rhodes Scholar, to study English at Merton. After his BA, he started a DPhil, but the 1956 Soviet invasion of Hungary and the Suez Crisis prompted him to leave the world of Henry James and to focus instead on his political work.

Hall became a member of the Campaign for Nuclear Disarmament, was founding editor of the New Left Review, and then joined the Centre for Contemporary Cultural Studies at the University of Birmingham, of which he became director in 1968. He was also Professor of Sociology at the Open University. As well as his writings on politics and culture, he is best known for his wide-ranging contribution to the then emerging field of cultural studies, covering elements such as identity, race and ethnicity.

Hall died in February 2014; shortly afterwards, the Stuart Hall Foundation was launched, specifically to provide opportunities for students and academics pursuing themes in line with his work. Merton College, in partnership with TORCH (The Oxford Research Centre in the Humanities), has funded one of these scholarships. 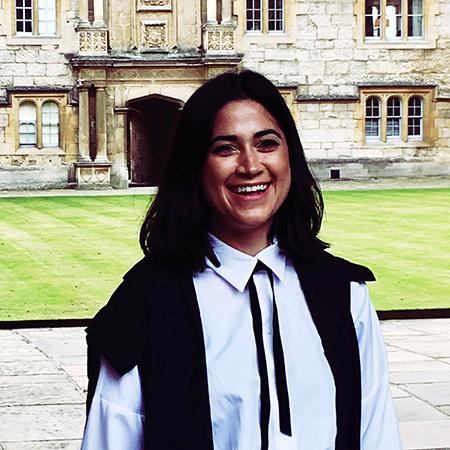 Ruth Ramsden-Karelse (2017) is Merton’s inaugural Stuart Hall doctoral student. Like Hall, she taught in a London school for several years. In a happy coincidence, while she was there, the school renamed its media area the Stuart Hall Media Suite.

Ruth finds Hall’s work very instructive: in content, aims and how he carried it out. Like Hall’s, Ruth’s work is interdisciplinary, and her research takes up many of the same questions concerning the nation, the archive, culture, historical memory and visuality, for example.

As for Hall’s aims: “His work had clear political aims – to help produce knowledge and a political vision that would open up possibilities because it is based in the lives and hopes of ordinary people. This meant always being open to complexity and rejecting oversimplified binaries along with essentialist views.”

Dialogue and collaboration were crucial for Hall. “Although he was committed to being publicly visible, he never wanted to be made into a celebrity; he preferred to think of himself as a teacher.” Ruth thinks that part of the reason that Hall’s work has endured is because “he conceptualised theorisation as something that could not be completed or solved, but had to be continually worked at and reworked. He stressed that doing theory and politics is supposed to be difficult (‘wrestling with the angels’) and also discussed feeling really challenged by important developments in, for example, feminism. Now, as more people are recognising the urgent need to tackle systemic racism, Hall’s openness about having to actively work through difficulty and discomfort seems as crucial as his incisive critiques of the legacies of colonialism that Britain still hasn’t addressed.” 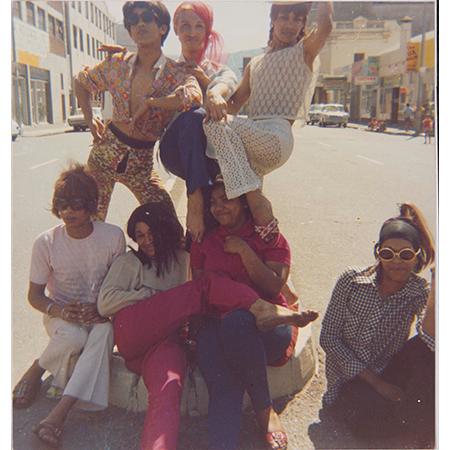 Ruth’s own research is centred on the Kewpie Photographic Collection – a collection of about 600 photos in the GALA Queer Archives in Johannesburg. These photos depict a group of people in District Six in Cape Town who were legally classified ‘Coloured’ during the apartheid era; they were assigned to the male sex at birth but used female pronouns and called themselves ‘girls’. Most of the photos were taken in the late 1960s and early 1970s – that is, not long after 1966, when the area was designated as ‘Whites Only’. Over the following years, about 60,000 members of the community were forcibly removed from District Six, their houses demolished around them.

Kewpie, who collected the photographs, was a hairdresser and performer in District Six, and her pictures show the stories of this lost community as well as the better-known narrative of the forced removals. Coincidentally, not long after Ruth decided to include an exploration of the Kewpie Collection in her thesis, GALA and the District Six Museum mounted an exhibition of Kewpie’s photographs, first in Cape Town in 2018 and then in Johannesburg in 2019.

Ruth is delighted to have the scholarship. She also enjoys the opportunity to meet up with like-minded scholars through the Stuart Hall Foundation. The Foundation’s Scholars and Fellows meet up in person every year (and this year have held additional meetings on Zoom) to talk about Stuart Hall’s work and their own work.

Ruth feels that being at Oxford is a great privilege, although sometimes it can seem to be a daunting place for a new arrival – but perhaps not as much as for Stuart Hall himself, setting foot in the UK for the first time in 1951.

Merton now has a second Stuart Hall doctoral student. Caetano Maschio Santos is a Brazilian musician and ethnomusicologist doing collaborative research with artists of the Haitian diaspora in Brazil, analysing the intersections of culture, history, race and politics within their varied musical output.