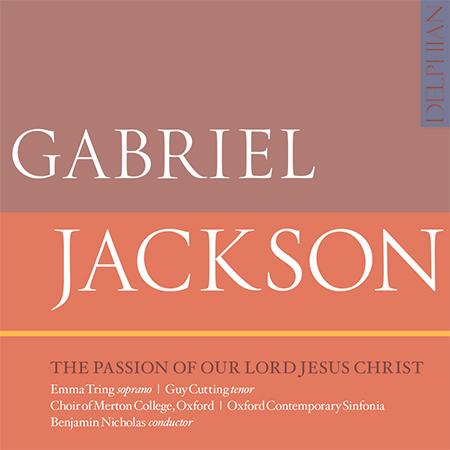 The Passion of Christ is, in every age, both universal and particular, global and local. The choice of texts for this work reflects this belief. In this instance, the narrative of humanity’s redemption is located within the history of Merton College, Oxford, which was founded in 1264, and for whose 750th anniversary in 2014 this setting of the Passion was commissioned.

The inclusion of texts by Mertonians and the use of the King James Version if the Bible, part of which was translated at Merton, root it in the life of the College. This is also a liturgical Passion. It draws on liturgical texts which enter into dialogue with the words of the Evangelists, allowing the community which hears them to respond in worship to the last events of Jesus’ life. The liturgy of Holy Week influences the choice and sequence of the seven sections, beginning with Palm Sunday. Individual movements can also be performed as part of the liturgy, most obviously during Passiontide, but also at other times of the year.

The work begins with Palm Sunday, the opening verse of the office hymn at Vespers in Passiontide, Vexila Regis, acting as an antiphon, sandwiching St Matthew’s account of Christ’s entry into Jerusalem.

St John’s account of the Anointing at Bethany (John 12.1-11) has been read in the Western Church as the Gospel on the Monday of Holy Week from as far back as the 7th or 8th centuries. Here it is St Luke’s version which is used, with its emphasis on the woman’s extravagant and intimate expression of love and devotion in response to the presence of the forgiving Christ. In this setting the woman is given a voice through the words of the General Thanksgiving, written for the 1662 Book of Common Prayer by Edward Reynolds, who was Warden of Merton immediately after the Civil War (1660-1661).

The next movement, like the Maundy Thursday liturgy itself, incorporates both Last Supper and Footwashing, the Gospel narratives of St Matthew and St John in dialogue with two Latin liturgical texts: the Eucharistic hymn, Ave verum, attributed to Pope Innocent VI and written about a century after the foundation of the College; and Ubi caritas, the antiphon sung during the pedilavium.

In the liturgy of Holy Week, the Maundy Thursday Eucharist gives way to the Watch before the Blessed Sacrament, plants and flowers transporting the worshipper to watch with Christ in the Garden of Gethsemane. In this setting, the focus is on Christ’s isolation and betrayal, expressed by verses from two poems by the First World War Poet and Fellow of Merton (1931-1944), Edmund Blunden. The Evil Hour expresses Jesus’ isolation on ‘this sad evening, this echo of existence’ from those who were unable to ‘Sit ye here, while I go yonder and pray’ (Matthew 26.36). Intimations of Mortality enables Judas to be heard, first in stating his mission ‘Till death to beset you’, and then, after he has kissed his master, to convey his sense of despair at his act of betrayal: ‘Songless and gleamless I hear no new pleasance … To my winding-sheet haunt me’.

The next movement spans two chapters in St Mark’s Gospel and acts as a bridge between Maundy Thursday and Good Friday, beginning with Jesus’s appearance before Caiaphas and Peter’s denial, before going on to tell of Jesus’ trial before Pilate the following morning. Here the Evangelist’s dialogue partner is Psalm 137, in which the psalmist laments over the destruction of the Holy City, Jerusalem. It is heard here in a metrical version by Thomas Carew, who matriculated at Merton in 1608.

When it comes to the crucifixion, which stands at the heart of any Passion, St Mark’s account is given space to speak for itself. There is no Mertonian commentary here, but the opportunity for the community to respond in worship. Just as Palm Sunday, the other day in Holy Week on which a Passion Gospel is read, made use of the office hymn, Vexila Regis, so on Good Friday it is three verses from the office hymn at Matins, Crux fidelis, which enable the worshipper, confronted once again with the paradox that the death of the Son of God brings salvation to world, to worship the Trinity ‘whose loving grace has redeemed and saved us’.

This response continues in the final section of this work, once again expressed by a Mertonian. The American poet TS Eliot escaped from Germany to study at Merton as a graduate student at the beginning of the First World War, a century before this Passion was written. This passage from Little Gidding, one of his Four Quartets, does not describe the resurrection, but is written by one who believed that ‘the drawing of this Love and the voice of this Calling’ are the love and calling of the crucified and risen one, and that the invitation to be ‘born with the dead’ is offered to humanity, at Merton College in 2014 as at every time and in every place, through the particular and universal Passion of our Lord Jesus Christ.