We are interested in the interactions that human-infective parasites make with their human host, focusing mostly on the parasites that cause malaria and sleeping sickness. We use structural and biophysical methods to characterize these host-parasite interactions, and to guide the development of improved vaccine components.

Malaria is a massive killer, affecting half a billion people each year and killing around one million. Essential in the life cycle of the parasite is its ability to invade human red blood cells. Recently, in collaboration with Simon Draper and colleagues at the Jenner Institute in Oxford, we have been studying the RH5 protein, essential for red blood cell invasion. We have determined the structure of RH5 in the presence of its red blood cell receptor, basigin, and inhibitory antibodies [1]. These studies are guiding our development of components to include in a vaccine to prevent malaria.

We are also interested in the PfEMP1 proteins. These parasite proteins are sent to the surfaces of malaria-infected red blood cells. They make the infected cells sticky, causing them to adhere throughout the body and allowing the parasite within to avoid detection and destruction by the spleen. Infected erythrocytes also accumulate within specific tissues, such as the brain and the placenta, contributing to pathology during cerebral and placental malaria. In collaboration with colleagues at the University of Copenhagen we have investigated the binding of PfEMP1 proteins to endothelial protein C receptor (EPCR), an interaction particularly linked to the development of severe childhood malaria [2]. We have determined the structure of the PfEMP1:EPCR complex [3], revealing features that are retained by the PfEMP1 proteins to mediated the interaction and guiding future vaccine development.

In addition, in collaboration with Mark Carrington in Cambridge we study the cell surface proteins of the trypanosomes. Parasites of this family cause African sleeping sickness in both humans and cattle. We use structural methods to study receptor proteins from the trypanosome cell surface, in particular the haptoglobin-hemoglobin receptor [4, 5]. This protein is required for the uptake of the trypanolytic factor into trypanosomes. This component of human blood kills trypanosome cells and our studies have show the molecular basis for trypanolytic factor uptake [5] and have revealed polymorphisms that occur in a human infective trypanosome species to block the uptake of this lytic component [4]. 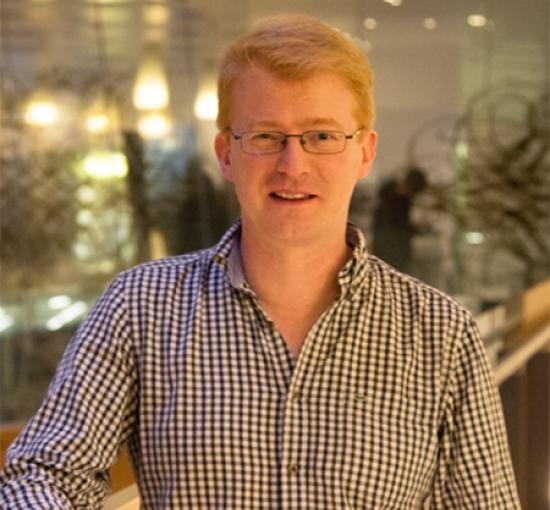