Two Mertonians have been awarded UKRI Future Leaders Fellowships. Merton Supernumerary Fellow Dr Helen Barron and alumnus Dr Archie Bott (2015) were two of the five Oxford researchers who will benefit from UKRI funding to tackle major global issues and to commercialise their innovations in the UK.

Dr Helen Barron leads her own research team across the MRC Brain Network Dynamics Unit and the Wellcome Centre for Integrative Neuroimaging, both of which are hosted by the Nuffield Department for Clinical Neurosciences. Over the last few years Helen has worked as a Postdoctoral Neuroscientist in Professor David Dupret’s Group, where she has used a cross-species approach to uncover cell- and circuit-level mechanisms of memory in the brain. The goal of Helen’s new research programme funded by UKRI is to establish the specialised biological mechanisms that gate and control selective memory recall and explain why disturbances in memory gating may underpin core symptoms in neuropsychiatric disease.

Dr Archie Bott, a former Prize Scholar who took his DPhil in Atomic and Laser Physics in 2019, is a plasma physicist who specialises in the study of astrophysical and laser-produced plasmas. He has been working in the US as a postdoctoral researcher in the Department of Astrophysical Sciences at Princeton University. His research interests include magnetised plasma dynamics, plasma turbulence, plasma dynamo processes, and laboratory astrophysics.

"I am delighted that I will be moving back to Oxford Physics as a Future Leaders Fellow at the end of the summer to study the exotic material properties of weakly collisional plasmas. I believe that Oxford is one of the best places in the world for doing research in plasma physics, and so to have the opportunity to start my own independent research group there is a dream come true."

The goal of Archie’s programme is to characterise systematically the anomalous material properties of magnetised, weakly collisional plasmas. This extreme type of plasma, which is common in astrophysical environments and laser-plasma experiments, is quite unlike the plasma and gas usually found in terrestrial contexts because of its complicated microphysics, and so classical plasma models are typically inadequate. Constructing new models should help address several long-standing astrophysical puzzles, refine interpretations of astronomical observations, and aid efforts to realise laser-fusion power.

UKRI’s flagship Future Leaders Fellowships are designed to enable universities and businesses to develop their most talented early career researchers and innovators and to attract new people to their organisations, including from overseas.

The Fellowships were announced by Science Minister George Freeman, to help the UK’s most promising science and research leaders to tackle major global issues and commercialise their innovations within the UK. 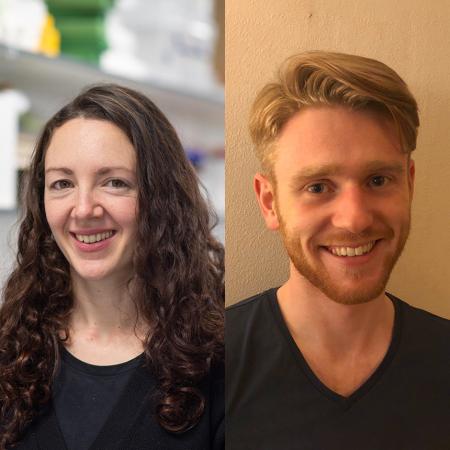