It is with great sadness that the College has learned of the death of Sir Christopher Dobson FRS FRSC FMedSci, an alumnus and Honorary Fellow of the College, and Master of St John’s College Cambridge since 2007.

After taking his undergraduate degree in Chemistry at Keble, Christopher Dobson came to Merton as a postgraduate student, taking his DPhil in 1976. He went on to hold Research Fellowships both here and at Linacre College, and between 1977 and 1980 he worked at Harvard University and at MIT. He returned to Oxford in 1980 as a Fellow of Lady Margaret Hall and a University Lecturer in Chemistry, later receiving promotions to Reader, and in 1996 to Professor, of Chemistry.

In 2001 he moved to Cambridge, becoming master of St John’s College in 2007. In 2012, he founded the Cambridge Centre for Misfolding Diseases, and in 2016 he co-founded Wren Therapeutics, a biotechnology start-up company whose mission is to find new therapeutics for Alzheimer's disease.

He was awarded the Royal Society's Davy Medal in 2005, and their Royal Medal in 2009 "for his outstanding contributions to the understanding of the mechanisms of protein folding and mis-folding, and the implications for disease"; he was knighted in the 2018 Queen’s Birthday Honours for his contributions to science and higher education. 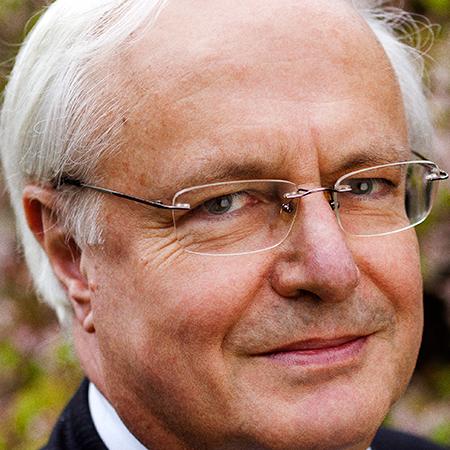