Professor Simon Hooker, one of our Tutors in Physics, has been awarded the Cecilia Payne-Gaposchkin Medal and Prize by the Institute of Physics (IoP) in recognition of his distinguished contributions to plasma physics. The award recognises in particular his pioneering contributions to the development of high-power plasma waveguides and their application to laser-driven plasma accelerators.

"I am absolutely delighted to receive this award on behalf of the very talented and hard-working group of graduate students, post-docs, and collaborators I have been fortunate to work with."

Professor Hooker is internationally known for his world-leading research into novel waveguides capable of guiding relativistically-intense laser pulses. He invented the gas-filled capillary discharge waveguide and applied this novel waveguide to laser-driven plasma accelerators. In collaborative experiments with the group at Lawrence Berkeley National Laboratory, this approach was used to reach an electron energy of 1 giga-electron volt (GeV) for the first time in a laser-driven plasma accelerator. This widely recognised milestone was reported in The Economist as well as in scientific journals, and the paper describing this work has been cited well over a thousand times. The discovery opens the way to the development of lab-scale GeV accelerators.

The capillary discharge waveguides developed by Professor Hooker and his group are now used by many groups around the world. The laser-plasma accelerators they help enable have many potential applications in science and technology, from hospital-based diagnostic imaging to opening novel research fronts in high-field quantum electrodynamics science.

Professor Hooker’s most recent work has shown that plasma accelerators can be driven by a train of lower energy optical pulses, potentially allowing plasma accelerators to be driven at multi-kilohertz pulse repetition rates by capitalising on state-of-the-art laser developments and new forms of all-optical plasma waveguides.

Professor Hooker is the third Oxford physicist to have been awarded the Cecilia Payne-Gaposchkin Medal and Prize since its inception in 2008, and the second from Merton: Professor Alex Schekochihin was the 2019 winner. 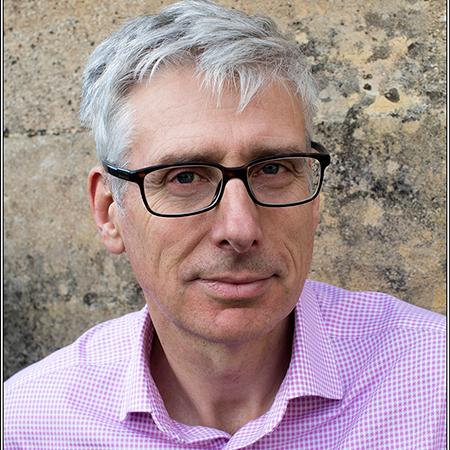