This year’s history finalists made the best of lockdown by gathering for a virtual reading party.

The books discussed ranged widely in period, place and theme, from the Merovingians to Africa since decolonization, from early modern science to the practice of democracy and the idea of civilisation in post-war Europe. Developing trends in historical writing were represented by the history of emotions and disasters and issues of current debate by books on human rights and Scottish nationalism, the legacies of empire and black saints in global Catholicism.

A Mertonian flavour was added with Andrew Pettegree’s study of golden-age Dutch printing and the cameo role of Robert Huntington, fellow of Merton, in a study of the scholarly interests of English chaplains in seventeenth-century Aleppo.

There was even a virtual outing: a tour of Spitalfields, from medieval hospital to modern street art, in the company of Mertonian Amber Tallon of Rambling London Tours. 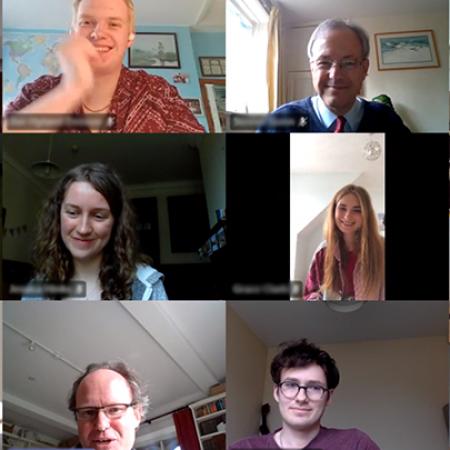