It is with great sadness that the College has learned of the death of Emeritus Fellow Professor J Peter Neary.

Peter Neary was appointed to a Statutory Chair in Economics and a Professorial Fellowship of Merton College in 2006. Previously he was Professor of Political Economy at University College Dublin (1980-2006) and Lecturer in Economics at Trinity College Dublin (1978-1980). He completed his DPhil at the University of Oxford (Nuffield College) in 1978.

"Peter was an outstanding academic and much loved member of the Merton community. He will be greatly missed. Our thoughts and wishes are with his family at this sad time."

Why would the discovery of oil and gas cause a country’s unemployment rate to soar? How does the rise of global superstar firms affect the workings of the international economy? Is technology really bringing about a ‘post-geography’ trading world, where physical proximity no longer matters?

These were only some of the crucial questions pursued by Peter Neary. One of the world’s leading economists in international trade and a Professorial Fellow at Merton College, Peter sadly passed away on 16th June 2021, aged 71.

Peter was my mentor when I joined Merton as a Junior Research Fellow in 2013, and he continued to mentor me informally ever since. He shone with positive energy, generosity, and warmth. One could not help but be enthusiastic about Economics, about life, in Peter’s presence. Peter delighted in his work and in understanding, and developing, the ideas of others. He had an ability to hear more in your words than you could identify yourself. We had many a lunch after which we would be the only ones left in the Merton SCR, deep into the afternoon, discussing the implications of what I had at first thought to be a trivial angle to my work, only to understand its relevance and importance with his guidance.

Given these qualities, it is unsurprising that Peter was a prolific institution builder. His contemporaries at University College Dublin cite Peter’s return to Ireland aged 29 as Professor of Political Economy as a key moment in the modernisation of the discipline in Ireland. In due course, Peter served as President of the Irish Economic Association (1990-92), the European Economic Association (2002-03), and the Royal Economic Society (2017-18). He was the inaugural Director of the International Trade programme at the Centre for Economic Policy Research, the leading network of European economists, and played a crucial role in developing the Journal of the European Economic Association. His rigorous approach to teaching and research, combined with his great natural humour and wit, raised the bar in every institution fortunate enough to employ him.

Peter’s research revolutionised thinking in economics right from the very start of his career. Shortly after finishing his DPhil at Nuffield College in 1978, he developed a framework for understanding the so-called ‘Dutch Disease’, a term coined to describe the falling competitiveness of the Dutch economy after large gas reserves were discovered there in 1959. His model captured the changes in prices and spending patterns that a resource boom engenders, and linked these to the direct and indirect pressures for deindustrialisation.

Peter’s thinking continued to shape the discipline, even in an increasingly politicised landscape. His ERC Advanced Grant (2012-17) shed new light on the role of global firms in international trade. Despite large firms’ dominating exports, foreign direct investment, and research and development, policy-makers have typically been keen to privilege small firms in their public statements, proclaiming them as engines of growth and drivers of export performance. Academia similarly took a view of the world that ignored the market power of key firms. Peter’s work, on the other hand, focused on the ‘Matthew Effect’, foreshadowing the rise of Amazon &co: ‘to those that have, more shall be given.’ He demonstrated how globalisation can compound the incumbency advantage of larger firms, rather than leading to more competitive markets. As President of the Royal Economic Society in the aftermath of the Brexit vote, Peter saw the role of the economist, as he so memorably put it, to put ‘the sense back into the sensational’. True to form, he provided many an important fact-check on politicians’ claims, elucidating the central trade-offs in hand.

As tributes from all over the world in recent days have shown so clearly, Peter will be sorely missed by everyone who knew him. His rare combination of a brilliant intellect, sharp wit, and warm heart made him truly remarkable. I will always hold on to his joy of economics, and life: there is no better lesson to pass on to future generations of scholars.

* An old Irish blessing for the Departed, loosely translated as 'May his faithful soul be at the right hand of God'. [back] 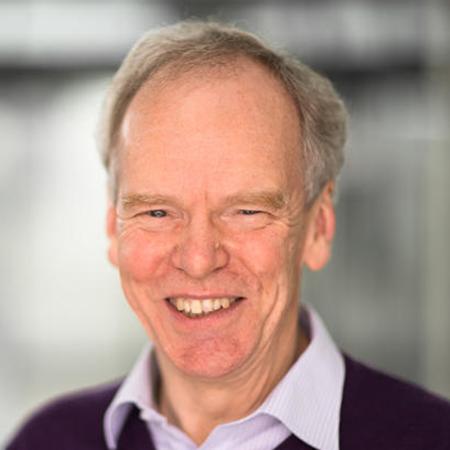