Merton postgraduate student Helen Craske has won this year's R Gapper Postgraduate Essay Prize - the major prize for graduate work in French studies in the UK, awarded by the Society for French Studies (SFS). The award includes a cash prize of £750 and expenses-paid travel to the Society for French Studies' Annual Conference which takes place at the University of Bath from 29 June to 1 July 2020.

'A highly complex, original and imaginative essay that treats the peripheral and lighthearted review of Don Juan as an important resource for understanding the more canonical literature of the time ... very sophisticated and masterful ... [its] argument is sophisticated and informative; the prose style engaging and fluent'

The essay was taken from a section of one of Helen's thesis chapters; it analyses a French literary and artistic review called Don Juan, published between 1895 and 1900. She explains:

"In the essay, I suggest that Don Juan enacts a form of pimp journalism by encouraging, enabling, and profiting from erotic relations, both imagined and real. I consider how the review’s titillating imagery and sex-related advertising contributes to a wider network of illicit businesses condemned for obscenity at the turn of the century. By highlighting the promiscuity between ‘high’ and ‘low’ culture made possible by the ‘saucy magazine’ format – where original contributions from members of the literary avant-garde rubbed shoulders with titillating titbits and sex toy adverts – I suggest that Don Juan offers a rich and fascinating source that complements and nuances our understanding of the era."

She describes her current research project:

"I analyse notions of shared crime and guilt in French literary culture of the late nineteenth century: a period of history when writers, publishers, and editors could – and did – face trial alongside one another as accomplices in literary crimes such as obscenity, libel, and political sedition. Looking at a range of genres, from murder fiction to saucy magazines, I ask questions about reading and reception: to what extent are readers implicated in what they read? How are we encouraged to share responsibility for ideas and works considered immoral, if not outright illicit? Or, in other words: how might we become literary accomplices?

"Throughout my doctoral research, I have become increasingly interested in French avant-garde journalism. I pursued this further during the second year of my DPhil, which I spent in Paris as part of the research exchange that exists between Merton College and the École Normale Supérieure. The primary and archival research that contributed to my recent prize-winning essay was completed during that year."

Helen is carrying out her AHRC-funded DPhil project, ‘Complicity in Fin-de-Siècle Literature’, under the supervision of New College's Dr Andrew Counter. Helen is the second Merton graduate to have won the Gapper, the first being Sarah Hickmott, who was a prizewinner in 2014. 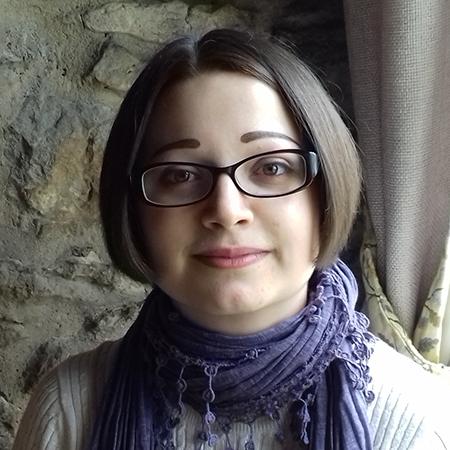