Professor Madhavi Krishnan, Tutor in Physical Chemistry, has been named the winner of the Royal Society of Chemistry’s Corday-Morgan Prize.

Professor Krishnan won the award for the invention of a ‘field free’ trap for confining and manipulating a single colloidal particle or molecule, enabling accurate and precise measurements of molecular charge in aqueous solution. Not only does this new measurement technique open up hitherto unforeseen avenues in fundamental science, but it also has the potential to impact the diagnosis and detection of disease states.

“I feel extremely honoured at the decision of the Royal Society of Chemistry to recognise our work in the field of single molecule nanoscience, and am deeply grateful for the distinction. The award at this time is an extraordinary source of motivation and will propel us forward in our ongoing and future endeavours with even greater vigour.”

Professor Krishnan’s research group is pioneering the use of an "electrostatic fluidic trap" to realise new experiments in the spatial control, manipulation, and measurement of nanoscale matter in solution, focusing on biological molecules such as proteins and DNA.

“We live in an era of tremendous global challenges, with the need for science recognised now more so than ever – so it is important to recognise those behind the scenes who are making significant contributions towards improving the world we live in. It is our honour and privilege to do that with these awards, which recognise exceptional scientific achievement.

“The global chemical sciences community is one that covers many different specialisms, from health and climate change to product development, sustainable transport, and everything in between. In recognising the work of Professor Krishnan, we are also recognising the important contribution this incredible network of scientists makes to improving our lives every day.”

The Royal Society of Chemistry’s Prizes and Awards are awarded in recognition of originality and impact of research, or for each winner’s contribution to the chemical sciences industry or education. They also acknowledge the importance of teamwork across the chemical sciences, as well as the abilities of individuals to develop successful collaborations.

Of those to have won a Royal Society of Chemistry Award, an illustrious list of 50 have gone on to win Nobel Prizes for their pioneering work, including 2016 Nobel laureates Jean-Pierre Sauvage, Fraser Stoddart and Ben Feringa. 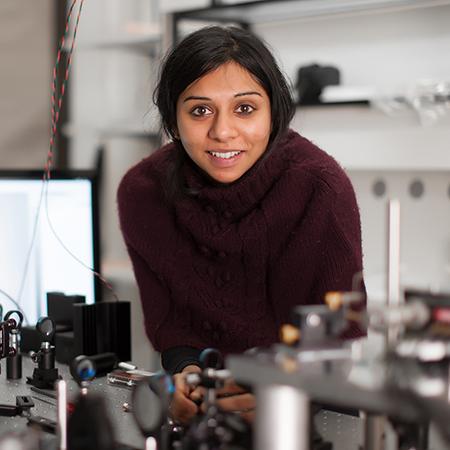