Professor Julian Knight, Tutor in Medicine at Merton College, is co-author of a new paper published in Nature Immunology on research that offers clues as to why some patients develop mild or severe Covid-19, and also highlights a potential alternative vaccine target.

The research by the Dong Group at the Nuffield Department of Medicine, led by Professor Tao Dong and Professor Knight, demonstrates that the nature of the immune response by cytotoxic CD8+ T cells to a particular viral component, the nucleoprotein, may help to explain differences in the severity of Covid-19 disease.

Previous work had identified this viral nucleoprotein as a common target for the adaptive immune system in patients with SARS-CoV-2 infection. To examine the response further, researchers tested 52 individuals who had recovered from Covid-19 disease. Of these, 30 had experienced mild disease and 22 severe disease.

The team explored one component of the adaptive immune response, cytotoxic CD8+ T cells, which can directly kill infected cells by releasing cytolytic granules that cause infected cells to burst open.  Every nucleated cell in the human body can activate CD8+ T cells through presentation of peptide-HLA receptor complexes on their cell surface to T cell receptors: CD8+ T cells can determine whether this peptide has come from naturally-processed proteins in the cell, or from ‘foreign’ viral or bacterial proteins - in the latter case, the CD8+ T cells are activated to clear the infection. Once the infection has been cleared, a small subset of these activated CD8+ T cells will remain in the body as ‘memory’ cells ready to rapidly fight subsequent infections by the same virus.

Despite showing stronger T cell responses overall, patients with severe Covid-19 were less likely to show a response to a particular SARS-CoV-2 nucleoprotein peptide three months after infection. Where patients with severe Covid-19 did show a response, it was weaker than in patients who had experienced mild disease. The researchers hypothesise that a strong early response that leads to a good pool of memory cells that act on this component of the virus may help to minimise the severity of the disease.

The paper also adds to growing evidence that existing immunity to the nucleoprotein of SARS-CoV-2 comes from the natural variation of T cell receptors seen in the population. Project lead Professor Tao Dong is keen to highlight the potential this study has as a guide for analysing T cell responses to SARS-CoV-2.

The researchers propose that the SARS-CoV-2 nucleoprotein may be a promising target for future vaccine design. The viral nucleoprotein is constant in structure, with minimal variations in current variants of interest, suggesting that immune responses to this protein will be robust and maintain immunity against future variants of SARS-CoV-2. In the paper, the authors demonstrate that the memory cells activated through detection of the nucleoprotein were still able to suppress viral replication six months after initial infection, and that this immunity was protective against the Victoria strain, Alpha, Beta, Gamma and Delta variants of SARS-CoV-2. This target, they argue, may be a more effective vaccine target than the spike protein, which is commonly used in existing vaccines. 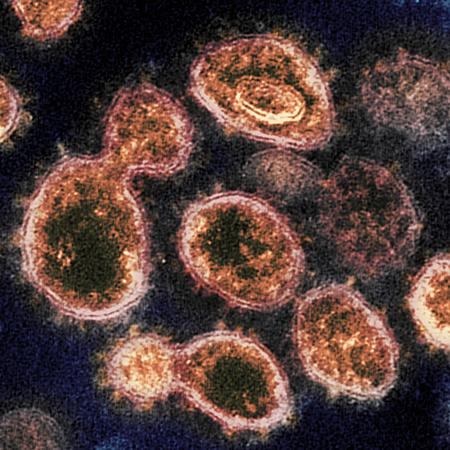