It is with great sadness that the College has learned of the death of Emeritus Fellow Dr Jim Coulton.

Jim was an undergraduate and postgraduate student at Cambridge, and he taught at the Australian National University and the Universities of Manchester and Edinburgh. In 1979, he was appointed to the Readership in Classical Archaeology at Oxford and to a Fellowship at Merton, from which he retired in 2004. During his Oxford career, he was Director of the Institute of Archaeology (1990-93), chaired the Sub-Faculty of Archaeology, and was instrumental in the creation of the BA in Classical Archaeology and Ancient History. Jim also served the College on committees, as Secretary to the Harmsworth Trust, and as Sub-Warden. He excavated in Greece, Turkey, Libya, Jordan, and Iran, and published several important monographs.

Jim was a world expert on the study of ancient Greek architecture and published widely on the subject. His book, Ancient Greek Architects at Work: Problems of Structure and Design, first published in 1977, remains a classic for the study of Greek architecture, while his monograph, The Architectural Development of the Greek Stoa, is another example of his profound understanding of the subject. His meticulous study and publication about the monumental building at Toumba, in Lefkandi (Euboea) changed our knowledge of early architecture during a period which was previously assumed to be a Dark Age. He taught a large number of students at all levels and was much appreciated for his dedication and great care.

Jim will be deeply missed by the Merton community. Our thoughts are with his family. 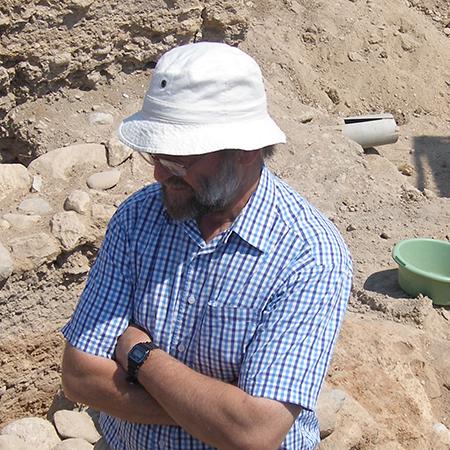