It is with great sadness that the College has learned of the death of Dr Christopher Watson, Emeritus Fellow.

Christopher John Hamilton Watson matriculated at Corpus Christi College, Oxford in 1957, where he read Chemistry. He took up a Junior Research Fellowship in Physics at Merton in 1965. He went on to have a career spanning 35 years in the UK nuclear industry, including 17 years at Culham, working on controlled fusion research (culminating in 5 years on the JET project). He then worked as a research manager, first in offshore technology and then in nuclear robotics, before becoming the Business Development Manager for AEA Technology in Russia, a task which involved developing collaborative programmes with Russian colleagues in the management of the nuclear legacy of the former Soviet Union.

Following his retirement in 2002, he was a consultant to the UK government in a range of aid programmes, including its programme on the nuclear legacy in north-west Russia (nuclear submarines and their spent fuel and radioactive waste) and more recently in the Closed Nuclear Cities Partnership programme. He participated in Pugwash meetings from 1969, and was elected to the British Pugwash Executive Committee in 2002, becoming its chair in 2011. In that role, he helped British Pugwash to diversify into energy policy, and encouraged the UK to develop a more coordinated approach to nuclear disarmament, bringing together the expertise within government establishments, NGOs and academia. 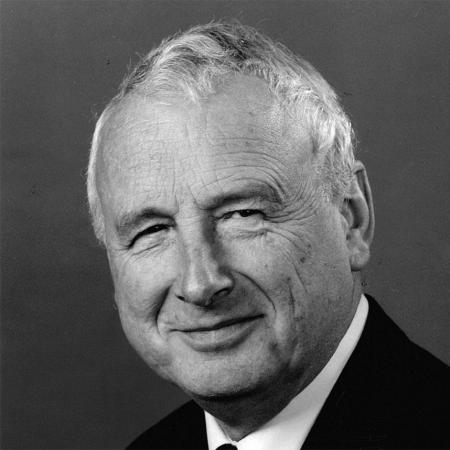