Two major building projects get underway this summer here at Merton, ensuring that our 13th-century buildings remain fit for 21st-century use. A lift will be installed, giving access to the Hall and SCR rooms; and the basement of St Alban's 4 & 5 will become home to a set of five music practice rooms.

The new practice rooms in St Alban's represent a significant improvement in the music facilities at Merton, which were identified as lacking by the strategic review which the college carried out in 2013/14. They will provide a series of spaces for use both by students studying music, and by students, staff and Fellows who play music recreationally.

The basement area of St Alban's 4 & 5, previously used as a maintenance store, is being fitted out with five rooms of varying sizes. Architects Ridge & Partners worked with Angus Deuchars, one of Arup's acoustic consultants, to design and configure these spaces. Angus took initial benchmarking measurements to assess the performance of the existing fabric; these were used to make recommendations on how best to control sound breakout from the new facility whilst working within the constraints of an historic building. Angus also looked at ways to achieve sound separation between the five rooms, and has designed their internal acoustics for optimal music practice conditions - the overall aim being to achieve the best standard possible in this specific setting.

Enabling work will commence shortly, this involves the digging out and lowering of the basement floor, and the removal of internal walls; this is being carried out by Symm, one of the UK’s premier building companies, who have been awarded the enabling contract. The college is currently in the process of appointing a supplier for the main contract. Work on the music practice rooms is expected to continue until the end of 2016. 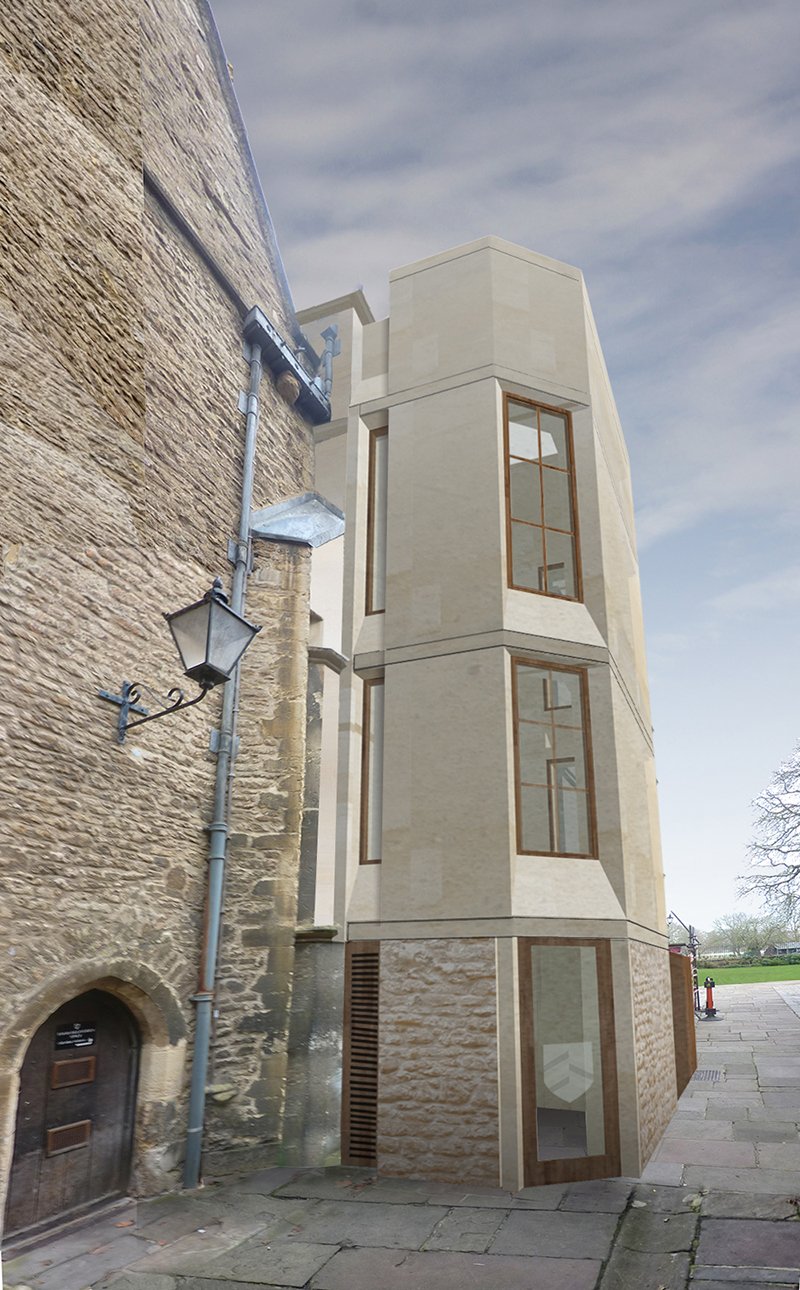 The new lift will offer access to the Hall and all levels of the west side of Fellows Quad, including the Savile Room, Upper Bursary and New Common Room, and through to the Warden's Offices. It replaces the stairlift at the front of the Hall, for which planning permission is soon to expire. The construction of an external lift shaft in Patey's Quad was agreed to be the least visually- and structurally-intrusive option for giving access to the Grade I-listed building.

Preparatory work commenced last week (14 July 2016) and will continue throughout the Long Vacation, with completion planned for December, though major construction will be finished by the start of Michaelmas term. The plans for the new lift have been drawn up by architects Berman Guedes Stretton, who have extensive experience of working on buildings throughout Oxford, including at 11 other colleges. Construction work is being carried out by Prime Construction, part of the Elliott Thomas Group, the UK's leading provider of construction services and skills.

The lift project is the last major element of a 10-year programme of access improvements, originally identified in a 2004 audit. These have included the creation of fully-accessible undergraduate and graduate accommodation facilities; the reconfiguration of the Lodge; and improvements to seminar room and library access. 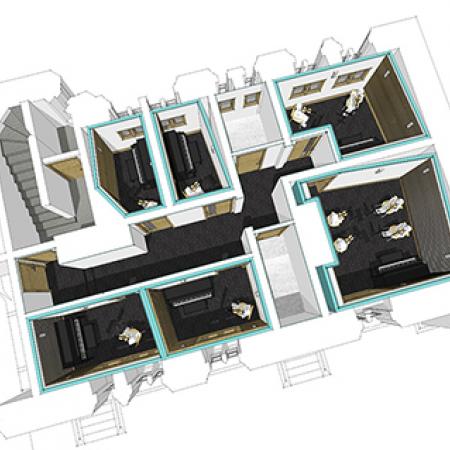