The College Choir has recently returned from a short tour of Sweden, where they sang concerts and services in some of the country's most beautiful churches. The itinerary included a concert of European Choral Music, given in S:ta Clara, Stockholm and including music by Bruckner, Poulenc, Prauliņš and Gjeilo. A concert of English Choral Music was performed at Maria Magdalena, Stockholm, and included music by Tallis, Byrd, Parry, Vaughan Williams and Britten.

The photograph shows the choir giving the last concert of the tour in Uppsala Cathedral. 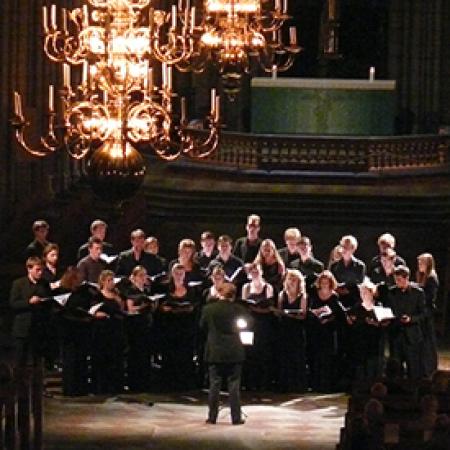