Supernumerary Fellow and Physics Lecturer Professor Andrea Cavalleri has been awarded the 2015 Max Born Medal and Prize for his pioneering work on ultra-fast studies of materials.

The prize is given annually by the UK's Institute of Physics and the Deutsche Physikalische Gesellschaft (German Physical Society), in memory of German physicist Max Born. It is presented for "outstanding contributions to physics", and goes to physicists based in Germany and in the UK or Ireland in alternate years.

Andrea works at the interface between condensed matter physics, ultrafast optics and x-ray science. His research looks at the physics of strongly correlated electron systems, and seeks to control their structural and electronic phases with ultrashort pulses of light. He also studies the dynamics of phase transitions and of various types of coherent excitations in condensed matter, and uses femtosecond x-rays to interrogate them on their elementary timescale.

Andrea studied physics in Italy and received his doctorate from the University of Essen in 1998. After working at the Lawrence Berkeley Laboratory, he was appointed to an Oxford University professorship in 2005. In 2008 he became head of a Max Planck Society research group based at the University of Hamburg; he has been Managing Director of the Max Planck Institute for the Structure and Dynamics of Matter since 2013.

The award will be presented in March 2015 during the annual meeting of the Deutsche Physikalische Gesellschaft in Berlin. 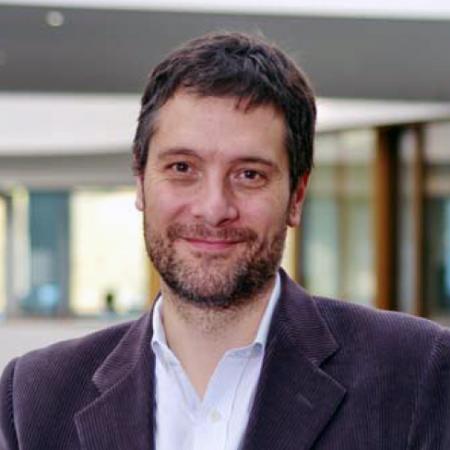