The winners of the fifth Merton College Undergraduate Essay Prize have been announced: Louis Cameron and Yossapat (Iso) Deesomlert were chosen as joint winners of the first-year prize, and Lucy Buxton took the second-year and above prize.

"In an age where individual liberty is highly prized, this thesis is an unpopular one, perhaps even sinister. However, I find the intellectual origin of anti-paternalism, John Stuart Mill’s ‘harm principle’, to be a robust and intuitive foundation for justifying state paternalism. If we think that the state has an obligation to defend its citizen from a harm imposed by another, why should that obligation not be extended to the state protecting your future self from your present self? I argue that the social contract must be applied intertemporally.

"Having justified state paternalism, I also argue that it does not violate moral autonomy, however one conceives that notion. State paternalism can indeed be autonomy-enhancing and consistent with the state being morally equal with its citizens. Finally, I outline the mutually exclusive and collectively exhaustive conditions when considering each intervention case-by-case on consequentialist grounds – inspired by Mill the utilitarian, I argue against Mill the anti-paternalist."

"I would like to thank the Junior Research Fellows for taking the time to serve as competent judges and for contributing to Merton College’s enduring strength as an academic community."

The other joint winner of the first-year prize, Louis Cameron, submitted an essay which discussed the representation of internal and external time schemes in Virginia Woolf's Mrs Dalloway and To The Lighthouse:

"I was drawn to this topic above all because it allowed me to explore so many different ideas within the scope of a single essay. Time in Woolf’s novels refuses to be relegated to the background of the narrative, but becomes a character in its own right, intervening in the lives and minds of the protagonists in fascinating and unexpected ways. Because of this, writing about time gave me the opportunity to explore many of Woolf’s other concerns, from the workings of patriarchy to the redemptive potential of artistic creativity.

"Henri Bergson is a notable philosophical influence on Woolf’s conception of temporal duality, with her narratives sharply divided between the internal time scheme of memory and thought, and the regimented external time scheme laid out by the clock. What was particularly striking to me about Woolf’s representation of ‘clock time’, or le temps, was its alignment with patriarchal social structures and its role in the oppression of women, as well as the existential threat it poses to the lived experiences of all Woolf’s characters. In this context, the alternate time scheme of personal subjectivity, la durée, becomes a refuge, liberating in its fluidity and able to assert the eternal significance of ‘moments of being’ against the fatal ephemerality of le temps.

"I am extremely grateful to the Junior Research Fellows for taking the time to read all our essays. I really enjoyed reading and writing about Woolf, so to have my work recognised in this way is very encouraging."

Lucy Buxton won the second-year and above prize for an essay on how Kafka derived humour by exploiting the comic alongside the tragic possibilities of the absurd:

"This is perhaps one of the more 'fun' essays I've done in my degree so far, as I was able to look closely at elements of humour in Kafka's works. These included the novel Der Prozess (The Trial) as well as short stories such as the infamous Die Verwandlung (The Metamorphosis) and lesser-known tales such as Der neue Advokat (The New Advocate), Josefine, die Sängerin oder das Volk der Mäuse (Josephine, the Singer or the Mouse Folk), and the incomplete Blumfeld, ein älterer Junggeselle (Blumfeld, an Elderly Bachelor).

"Kafka's writing does not lend itself easily to simply making you laugh. Moments of humour are instead much more nuanced; they arise primarily at times of 'absurdity', that is, the conflict between trying to rationalise the meaning of human existence and the inability to find any reasonable meaning because it is inherently irrational. In my essay I discussed this interpretation of absurdist humour with reference to not only the texts mentioned above, but also the relationship between the text and reader and the role humour plays there. It was very enjoyable to dig a little deeper into some of the more obscure works of Kafka, and to draw together close readings of the texts with broader ideas of the nature of human existence and human thought.

"I'd also like to say a huge thank you to the Junior Research Fellows for taking the time to read all the entries and kindly awarding my essay this prize. It's great to know that the work I put into it has paid off!"

The Undergraduate Essay Prize competition was open to all current Humanities and Social Science undergraduates, with a single prize of £150 for the winning essay. The essay had to be one which had already been submitted for a tutorial, and could be no more than 3,000 words in length.

The entries were judged by Merton’s Junior Research Fellows in Humanities and Social Sciences, who considered: 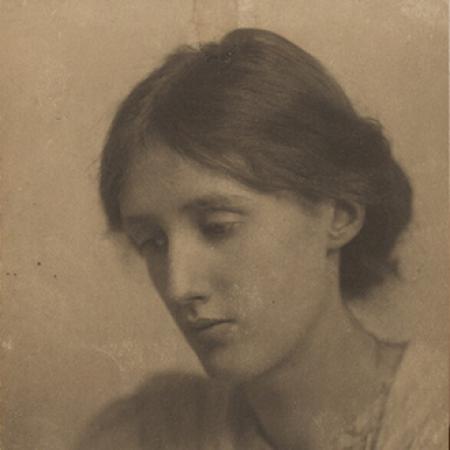